Pakistan Day, marking the ratification of the Pakistan Resolution, was celebrated with traditional zeal and fervour in Karachi on Tuesday.

The Pakistan Navy (PN) began the celebrations with a gun-salute and prayers for strengthening Pakistan.

In observance of the day, flag hoisting ceremonies were held at every PN ship and unit.

Separately, the Pakistan Coast Guards (PCG) organised a yacht race, a flag hoisting ceremony and an art festival, besides other ceremonies, to commemorate the day.

PCG Marine Wing, Keamari organised a yacht race from Manora to Keamari, in which 20 participants, holding the national flag and shouting patriotic slogans, sailed across the sea.

In relevance to the day, PCG director general Brigadier Saqib Qamar said the purpose behind organising the event was highlight the significance of patriotism and national security. 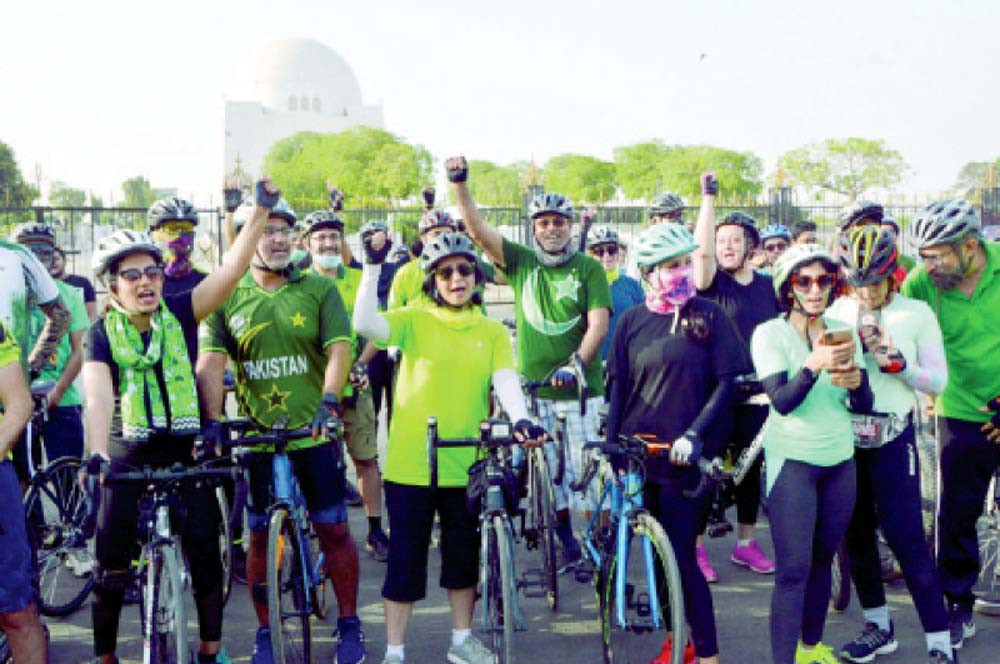 Moreover, the Basic Human Rights International Council of Pakistan (BHRICP) organised a 'March Peace Rally' in the city to honour the soldiers of the Pakistan Army and law enforcement agencies.

The participants of the rally sang national songs and shouted the slogan of 'Long Live Pakistan.'

Addressing the rally, Ijaz and Sanna said the day marked the adoption of the Pakistan Resolution, which provided the framework for a separate homeland for the Muslims of South Asia.

A special ceremony was organised at Delhi Government School in Federal B Area, where the school's alumni of the last five years gathered to celebrated the day.

The alumni donned the school's uniform, comprising white apparel and a velvet cap, and stood in queues as in a morning assembly, singing the national anthem and patriotic songs.

The school's principal, Israr Shamsi, said on the occasion that the sense of patriotism and love for Islamic values was alive in the hearts of the school's alumni.

Besides, Critical Mass Karachi, a social service organisation, took out a cycle rally in the city.

The participants of the rally shouted the slogans of 'Pakistan Zindabad' and sang the national anthem in front of Quaid's mausoleum.

Pakistan back on track to materialise Quaid’s vision under PTI govt: PM

Punjab govt yet to give nod to RR revised PC-1