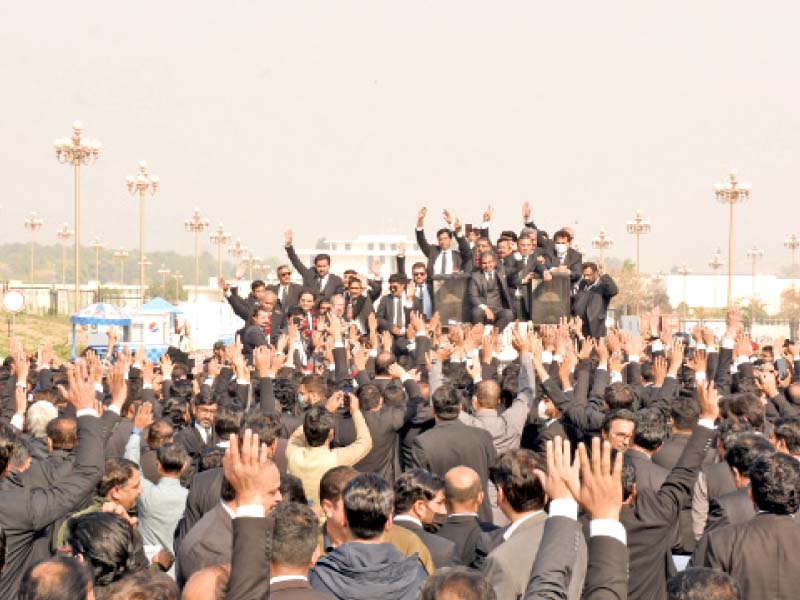 Lawyers shout slogans during their demonstration at D-Chowk in the federal capital. ONLINE PHOTO
ISLAMABAD:

An Anti-Terrorism Court on Friday granted post-arrest bails to six lawyers involved in attacks on Islamabad High Court (IHC) and a session court during a violent protest last month.

The court, however, rejected the bail plea of District Bar Association Secretary Liaqat Manzor Kambo and adjourned the hearing on bail cases of five others in the same case.

An ATC judge heard the bail petitions of lawyers arrested in a session court attack case and accepted bails of Sardar Khizar, Asif Irfan and Najam Abbas against surety bonds of Rs50,000 each.

The court also sought comments from police on the postarrest bail pleas of five other lawyers, including IHCBA president.

The hearing was adjourned till March 8.