There are still some serious deficiencies that the country needs to address, says FATF President Dr Marcus Pleyer 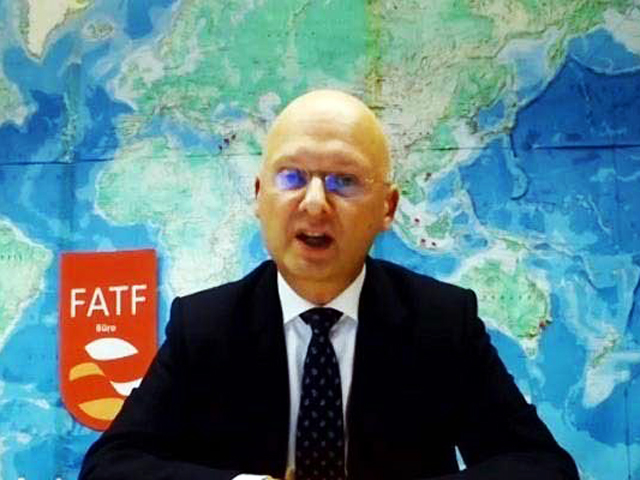 Against the government’s hopes of exiting the grey list this time, the FATF plenary found the country’s progress on three out of remaining six points less than satisfactory. Pakistan would remain on the grey list till June 2021, a statement issued by the FATF from Paris saiad.

“The FATF takes note of the significant progress made on the entire action plan. To date, Pakistan has made progress across all action plan items and has now largely addressed 24 of the 27 action items,” according to the FATF

It added that as all action plan deadlines have expired, the FATF strongly urges Pakistan to swiftly complete its full action plan before June 2021.

It was the fourth extension that Pakistan has managed to secure due to significant progress that it made during the last almost one and half years. Pakistan had been put on the grey list with effect from June 2018 and got 15-month time to implement a 27 points action plan.

After dilly-dallying approach during the first year of implementation, the civil-military leadership started taking the FATF warning serious that helped to show significant progress.

Pakistan should continue to work on implementing the three remaining items in its action plan to address its strategically important deficiencies, according to the FATF.

These three conditions are related to “demonstrating that TF (terror financing) investigations and prosecutions target persons and entities acting on behalf or at the direction of the designated persons or entities; demonstrating that TF prosecutions result in effective, proportionate and dissuasive sanctions; and demonstrating effective implementation of targeted financial sanctions against all 1,267 and 1,373 designated terrorists, specifically those acting for or on their behalf.

Since June 2018, when Pakistan made a high-level political commitment to work with the FATF and APG to strengthen its AML/CFT regime and to address its strategic counter-terrorist financing-related deficiencies, Pakistan’s continued political commitment has led to significant progress across a comprehensive CFT action plan, including by: demonstrating that law enforcement agencies are identifying and investigating the widest range of TF activity, demonstrating enforcement against TFS violations, and working to prevent the raising and moving of funds including by controlling facilities and services owned or controlled by designated persons and entities.

The FATF issued the statement after its second Plenary of the FATF under the German Presidency of Dr Marcus Pleyer that took place on 22, 24 and 25 February. Due to the ongoing Covid-19 pandemic, the Plenary met virtually for the third time.

As the pandemic continues to impact families, healthcare services, communities and economies worldwide, criminals continue to exploit the crisis for financial gain, the FATF president said.

Pakistan has been placed on the grey list three times during past 12 years. Pakistan has sustained a staggering $38 billion economic losses due to FATF decision to place the country on its grey list since 2008, says a new research paper published by an independent think-tank, Tabadlab.

A Finance Ministry handout said that the FATF has appreciated Pakistan for the significant progress made on the entire action plan.

The ministry said that the FATF has also acknowledged the continued high-level political commitment of Pakistan to combat terrorist financing which, according to FATF statement, has led to significant progress across a comprehensive countering financing of terrorism plan.

The progress on the remaining three action items is well underway with significant progress made so far, it added.

The ministry reaffirmed its commitment to continue strengthening the AML/CFT regime in line with the global standards.

Following the development, Federal Minister for Industries and Production Hammad Azhar said that Pakistan had completed almost 90% of its current FATF action plan with 24 out of 27 items rated as 'largely addressed' and remaining three items partially addressed.

Pakistan has completed almost 90% of its current FATF action-plan with 24 out of 27 items rated as 'largely addressed' and remaining 3 items 'partially addressed'.

"FATF has acknowledged Pak's high level political commitment since 2018 that led to significant progress," he wrote on his official Twitter handle.

Hammad said that it was also noted by FATF member countries that Pakistan is subject to perhaps the most challenging and comprehensive action plan ever given to any country.

"We are also subject to dual evaluation processes of FATF with differing time lines," he added.

It was also noted by FATF member countries that Pakistan is subject to perhaps the most challenging & comprehensive action plan ever given to any country.
We are also subject to dual evaluation processes of FATF with differing time lines. 2/3

The federal minister also said that Pakistan remained committed to complying with both FATF evaluation processes.

"I would like to commend the hard work done by dedicated teams in multiple govt depts at Federal & provincial tiers.," he further said.

Pakistan remains committed to complying with both FATF evaluation processes and I would like to commend the hard work done by dedicated teams in multiple govt depts at Federal & provincial tiers.

I will be holding a press briefing at 11.30 Am on this issue tomorrow InshAllah.