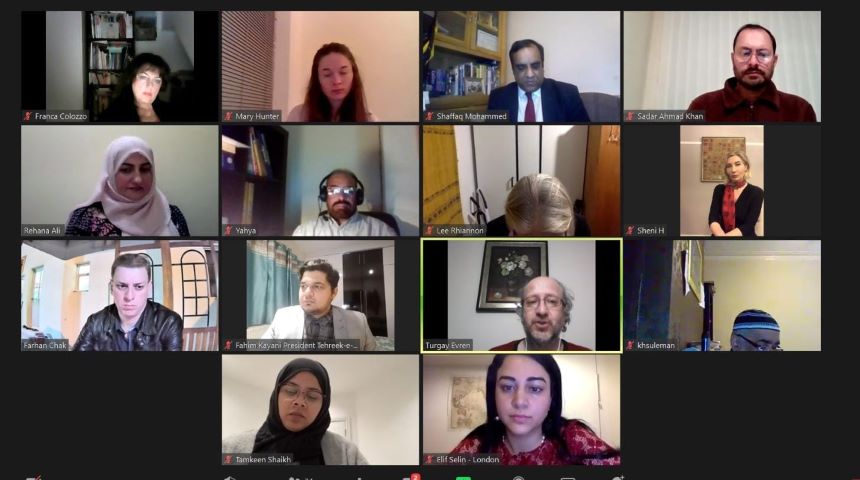 An online Conference on Kashmiri Women's Resistance Day was organised by Tehreek-e-Kashmir UK to commemorate the 30th anniversary of the tragic Kunan and Poshpora mass rape incident and to honour the victims.

The conference aimed to awaken the world’s conscience on the century's most barbaric mass rape, as the world has become a silent spectator of the heinous crimes of the Indian occupational forces, especially murder and rape, taking place in illegally Occupied Jammu & Kashmir.

The Conference was titled “Kunan Poshpora Mass Rape with Denied Justice for 30 Years". 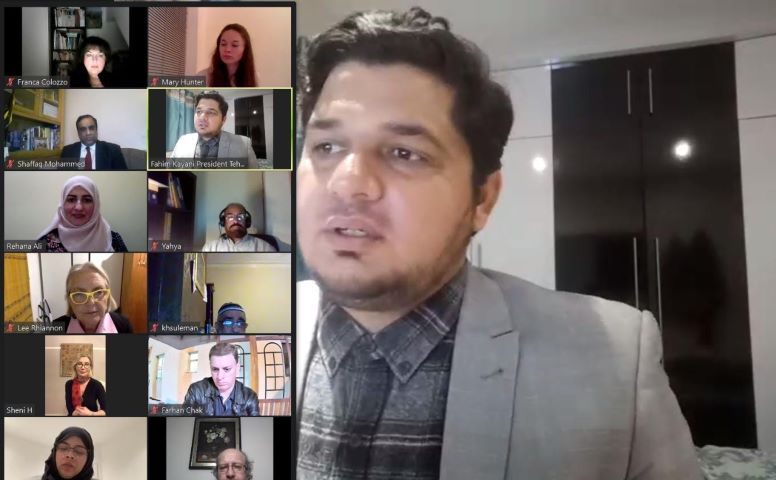 The President of TEK UK, Raja Fahim Kayani said the following, in his opening remarks:

"The Mass Kunan Poshpora rape incident of 1991 is an unforgettable incident in Kashmir’s history. It was committed under the black RAPE Law under the Armed Forces Special Powers Act (AFSPA) 1990's section 7 which gives impunity to the Indian army to search, torture, kill & rape innocent Kashmiris & burn their properties, even entirely on suspicion".

Kayani further said "India should be sanctioned for its war crimes in IIOJ&K. Former Australian Senator Lee Rhiannon while expressing her views said that, I pay tribute to the history, the culture, and struggle for justice of the Kashmiri people.

Rape is a shocking crime and has been used as a tactic of war to violate and humiliate women and through them, entire communities.

On 23 Feb 1991, in the villages of Kunan and Poshpora, Indian Forces committed mass rape of more than 100 young, old and minor women. It was a pre-planned crime and a systematic rape conducted by the Indian army.

Indian laws such as AFSPA effectively allow military personnel to get away with rape and brutality and the world needs to put more focus on violence perpetrated by Indian forces in Jammu & Kashmir.

Shaffaq Mohammed, a former liberal Democratic member of the European Parliament expressing his views said that the Kunan Poshpora Incident, where women from 2 Kashmir Villages were subjected to the most brutal acts of sexual violence are still awaiting justice after 30 years.

The United Nations passed Resolution 1820 in 2008 on Women & Peace and Security to tackle the growing incidents of “Rape as an Act of War”.

The Special Envoy of UN High Commissioner for Refugees, Angelina Jolie must speak in favour of the victims of Kunan Poshpora and bring their plights to the world’s attention.

Mary Hunter Researcher for the Centre for Army Leadership and the London Institute of South Asia said that It has been repeatedly suggested by the Human Rights Watch that rape has been used as a “weapon of war” by the Indian security forces against the entire Kashmiri community.

As per the second UN report, published in 2019, stating that “no progress” has been made in bringing justice, Dr Farhan Mujahid Chak, Secretary-General Kashmir Civitas, said that on 23rd Feb 1991 4th Rajputana Rifles of the 68 Mountain Division of Indian Armed Forces entered Kunan & Poshpora and mass raped more than 100 young and old women. 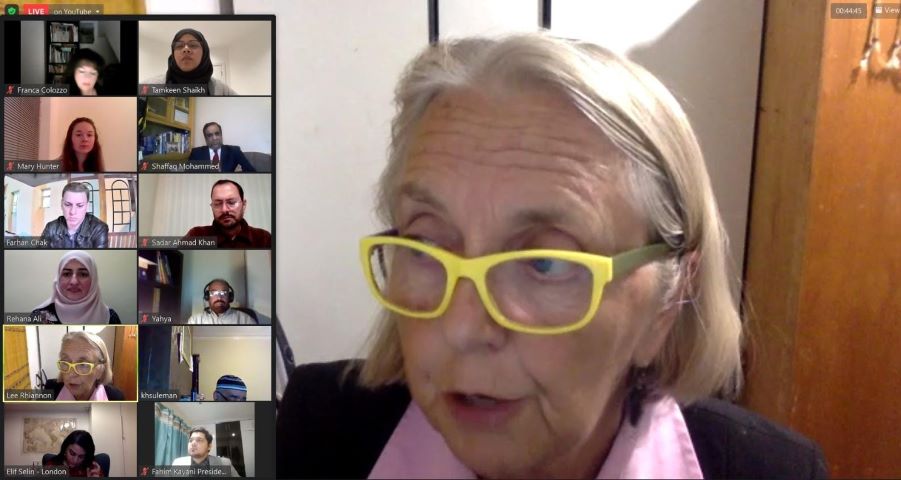 Sheni Hamid Political Strategist & Senior Political Advisor said that the brutal rape of the female villagers in 1991 in IOJK, by some Indian representatives, is indeed against all these conventions and against the UN’s Human Rights Principles - which was being signed by India as well.

UNSC should consider investigating this particular matter further and upon the solid evidence, should also refer the case to the ICC.

Dr. Arch. Franca Colozzo, INSPAD, during her address said: Human Rights Watch said the government had launched a "campaign to absolve the army of human rights violations and discredit those who filed the allegations!"

If this unsustainable Indian campaign of covering up misdeeds and discrediting those who would like to lift the veil of such shame continues, we are faced with the sad realization that Indian democracy is now dead.

Elif Selin Calik, International Journalist and Poet expressed her shadow with the victims of the Kunan Poshpora Mass Rape and said that every act of tyranny and deprivation of justice has the power to haunt not only the offenders but society as well.

Human Rights Lobbyist, Shaista Safi Kashmiri, said that this day is a reminder that Indian occupational forces use Rape as a weapon of war, they think of it as their duty and get away with the horrendous crimes because of draconian laws such as AFSPA.

Author and Songwriter, Turgay Evren said that we need to name and shame the perpetrators of this crime. He also said, “Kunan Poshpora Mass Rape, I am going to write and dedicate a song to Kashmiri Women, Mothers, and daughters who have suffered in Kashmir.”

Tamkeen Sheikh Ex-Con. Parliamentary Candidate during her address said that. “It is high time we behave like human beings, come together like human beings, and stand up against people who are involved in such human rights abuses.”

India is committing war crimes in occupied Kashmir but Europe and America are ignoring it for their economic benefits which will not go very well in history.

Altaf Ahmed Bhat, the Chairman of Jammu Kashmir Salvation Movement (JKSM), said in his statement: "30 years passed on since the Indian Brutal Indian Forces Mass Raped more than 100 young and old women of Kunan Poshpora. There has been no action against the perpetrators till now as the Indian army continues to enjoy impunity and protection granted by the Indian state with draconian laws such as AFSPA.

Molestation, rape and torture have become routine for the Indian Armed Forces in Kashmir.

We appeal to the UN, EU Parliament, International Human Rights Organizations to Intervene and ask India to permit to allow them for free and Fair Investigation of grave Human Rights Violations in IIOJ&K.

Soraya Boyd. the CEO-Founder and Facilitator of Global London said in her statement:

"In 2008 the UN Security Council adopted a resolution which affirms that "rape and other forms of sexual violence can constitute war crimes, crimes against humanity or a constitutive act concerning genocide”.