Govt to take loan in RMB, dollar for ML-I

Pakistan agrees to borrow $6b for ML-I railway project in both Chinese, US currencies 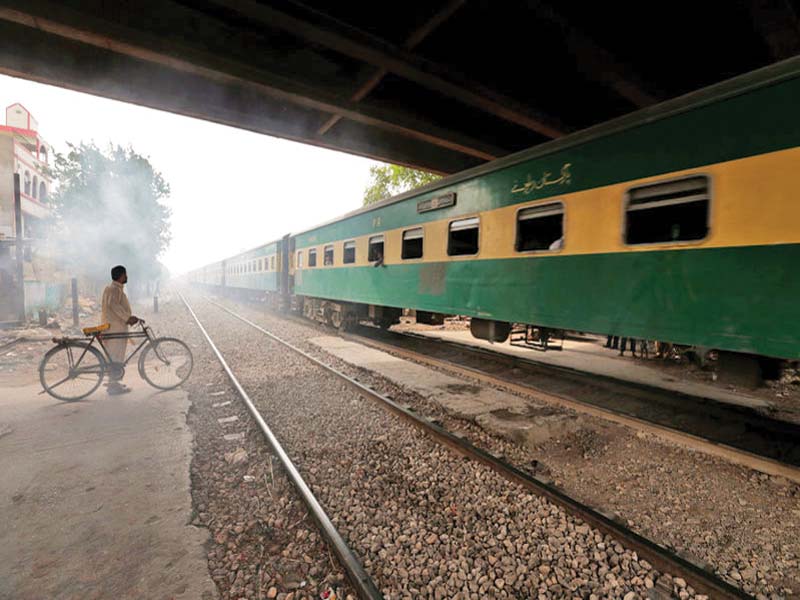 The ML-I project includes dualisation and upgrading of the 1,872km railway track from Peshawar to Karachi and is a major milestone for the second phase of CPEC. PHOTO: FILE
ISLAMABAD:

Pakistan has agreed to borrow $6 billion in both Chinese and US currencies for the largest project of China-Pakistan Economic Corridor (CPEC) and has also softened its position on interest cost, as it seeks early finalisation of a deal to start construction on the rail project.

The government shared a revised loan term sheet with Beijing three weeks ago for securing the loan for Mainline-I (ML-I) project of Pakistan Railways, changing its position on interest rate and loan currency, said officials in the Ministry of Railways.

As against its earlier request to take the $6 billion loan in US currency, Pakistan has indicated that it will accept a mix of Chinese renminbi (RMB) and the US dollar, said the officials.

However, the share of each currency has not been indicated in the revised term sheet.

China wants to give the $6 billion loan in RMB, as it competes with global dominance of the US dollar.

The government has planned to complete the ML-I project in various packages, spanning over almost 10 years and aimed at spreading the loan over a longer period due to concerns expressed by the International Monetary Fund (IMF). However, loan negotiations have been going on for the last over one year but so far no conclusion has been reached.

The Ministry of Railways has requested the Cabinet Committee on CPEC to make “intervention” for seeking firm Chinese commitment to a loan of $2.4 billion for package-I of the project and early finalisation of loan terms.

The Foreign Office has been informed about ML-I financing priorities and has been asked to take up the issue with the Chinese authorities, said Federal Minister for Planning and CPEC Committee Chairman Asad Umar while talking to The Express Tribune.

Umar said that securing financing for the ML-1 project was the first priority of the government in the next meeting of CPEC Joint Cooperation Committee (JCC) - the highest bilateral decision-making body.

However, the minister said that the date for JCC meeting had not been finalised yet. Pakistan has been trying to hold the 10th JCC meeting since October last year.

Initially, Pakistan requested China to provide $2.44 billion for construction work under package-I. The project is facing delay of over three years against the original schedule agreed between the two countries.

Pakistan has also changed its position on interest rate but it has not yet accepted the Chinese stance of getting a mix of commercial and concessionary loan, said the sources.

On expectation of being the only strategically important project declared under the framework agreement, Pakistan in April last year proposed to get the $6 billion loan at 1% interest rate. But China did not accept the request.

Sources said that Pakistan informed China that it would accept financing terms, which were favourable as compared to previous CPEC projects, withdrawing its earlier demand for 1% interest cost.

The government has accepted Chinese position of getting loan equal to 85% of the total project cost.

Both sides have not converged on the loan payback period. China has proposed 15 to 20-year payback period, including a five-year grace period.

Pakistan has asked for a 25-year repayment period, including a 10-year grace period.

The Ministry of Railways has informed the cabinet body that tender documents for package-I of the project were ready but it could not be advertised in the absence of a “formal commitment to loan from the Chinese side”.

Railways Secretary Habibur Rehman Gilani told The Express Tribune that China had agreed to finance the project formally during a meeting and it was also reflected in the meeting minutes.

“Some terms and conditions were revised, which were shared with the Chinese side and these will be discussed during the next meeting of financing committees to be held shortly,” said Gilani.

The ML-I project includes dualisation and upgrading of the 1,872km railway track from Peshawar to Karachi and is a major milestone for the second phase of CPEC.