Pick up the pace of work on CPEC projects, ministries told 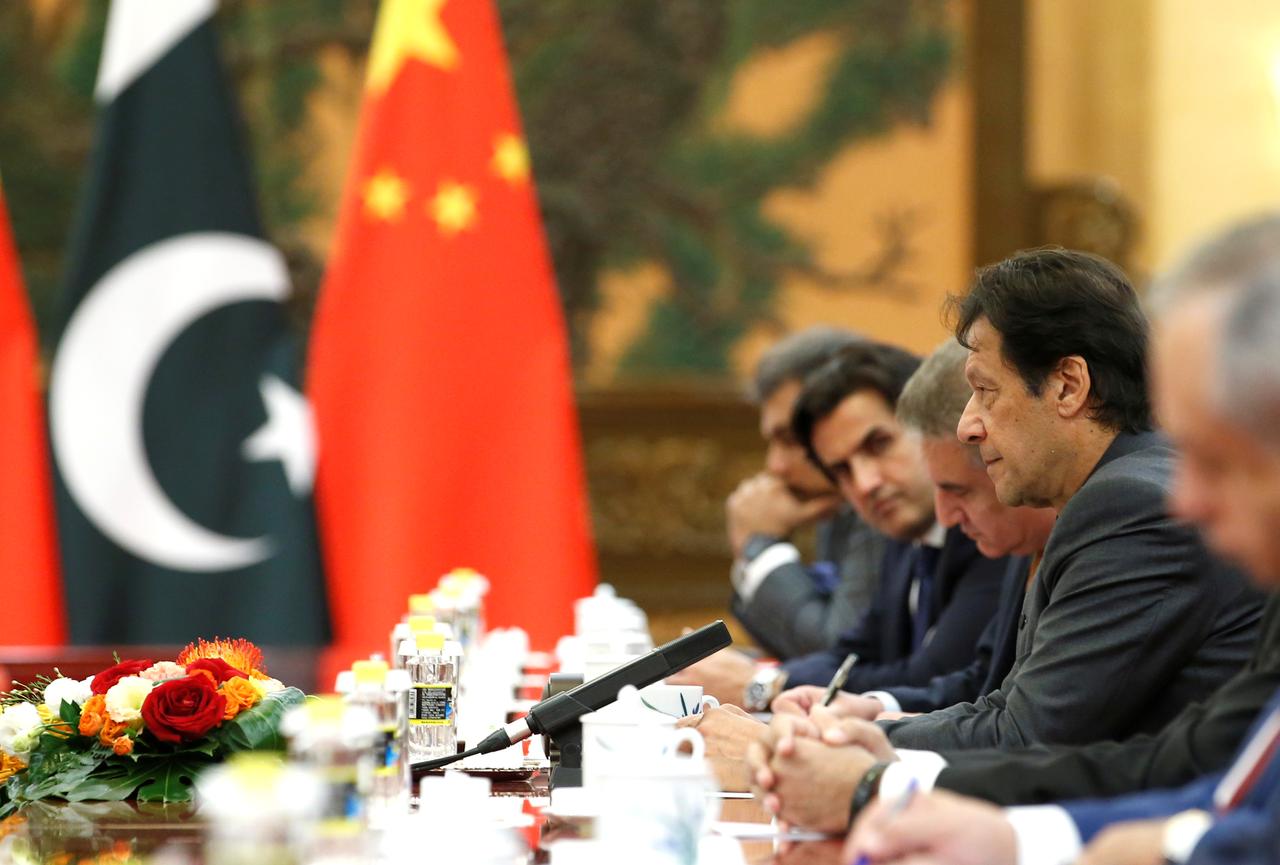 A cabinet body overseeing the implementation of the China-Pakistan Economic Corridor (CPEC) on Tuesday directed the ministries to remove irritants for fast-paced execution of the projects and gave them a stern warning that if the task was not completed within a week they would face the music.

The meeting of the Cabinet Committee on CPEC (CCoCPEC) was convened to review the progress ahead of the Joint Cooperation Committee meeting, but it ended sooner than planned due to pendency of many issues.

“The cabinet committee emphasised that unresolved inter-ministerial issues should be brought before the CCoCPEC directly by the respective ministries along with recommendations for their resolution,” the Ministry of Planning and Development said.

The chairman of the CCoCPEC, Asad Umar, set new deadlines for the bureaucracy to resolve matters that are lingering for quite some time and carried implications for the $53 billion planned portfolio.

A senior government functionary told The Express Tribune that Umar asked the ministries to submit new summaries highlighting pending issues within two days. He directed that these summaries should be submitted by the weekend.

The meeting of the cabinet committee would now be held next Wednesday, according to a senior official.

Umar is said to have warned that he would bring the matter to the notice of Prime Minister Imran Khan if the bureaucracy still did not show progress.

Umar said in the meeting that the ministries were not taking their responsibility seriously, said another government official.

Asad Umar was not available for comments.

Foreign Minister Shah Mahmood Qureshi also raised the issue of slow progress during the meeting, saying that CPEC’s progress should not affect the strategic nature of the bilateral relationship.

The official handout by the planning ministry stated that the meeting was briefed on the overall progress of CPEC projects in industrial cooperation, energy, infrastructure, Gwadar, science and technology, socio-economic development, agriculture, transport and communications and issues faced in the implementation of these projects.

The committee noted that significant progress had been made on various projects.

“The chair stressed that the ministries/divisions should maintain the momentum of CPEC projects and follow the timelines for their early completion,” according to the planning ministry.

Umar said that the second phase of CPEC, which focuses on industrial cooperation, would significantly enhance the benefits of the multibillion-dollar project for both sides.

The portfolio of CPEC projects has grown to $53 billion, comprising completed, ongoing and under consideration schemes. But the share of the projects that are in the pipeline is more than half at $28 billion, the cabinet committee was informed.

So far, 17 projects worth $13 billion have been completed while another 21 projects having an estimated cost of $12 billion are under implementation.

The committee discussed in detail the status of the Gwadar Port and Free Zone. The first phase of the port is operational for last almost one year but many issues remained unresolved, according to the Planning Commission officials.

The cabinet committee directed the Federal Board of Revenue to notify the Gwadar Free Zone rules before the next meeting to give effect to the legislative changes introduced in the budget.

The Gwadar Free Zone policy and Customs procedures, rules and regulations have not yet been defined by the FBR. The meeting was informed that due to lack of clarity on these issues, the business activities have not commenced, according to the officials.

The government has issued 42 licences to the potential investors but business activities have not started due to the absence of free zone policy.

The meeting was informed that the Pakistan Coast Guard and Pakistan Navy have also not yet evacuated land, which is hampering work on phase-II of the Gwadar Free Zone. There was also delay is construction of breakwater and capital dredging of berthing area.

The CPEC Authority underlined the need for increasing traffic on the Gwadar Port, including diversion of Afghan Transit Trade, and import of LNG as well as other commodities.

The meeting also discussed the status of Mainline-1 project of Pakistan Railways. The sources said that the cabinet body was told that the Chinese authorities wanted to give the loan in both Chinese and the US currencies. They said Pakistan was keen to secure loan in the US currency.

However, the sources said, the planning minister said that the issue should be resolved by the Ministry of Finance. Finance Minister Hafeez Shaikh did not attend the meeting.