The American withstood a barrage from the seventh seed to prevail 6-4, 2-6, 6-4 in two hours and nine minutes 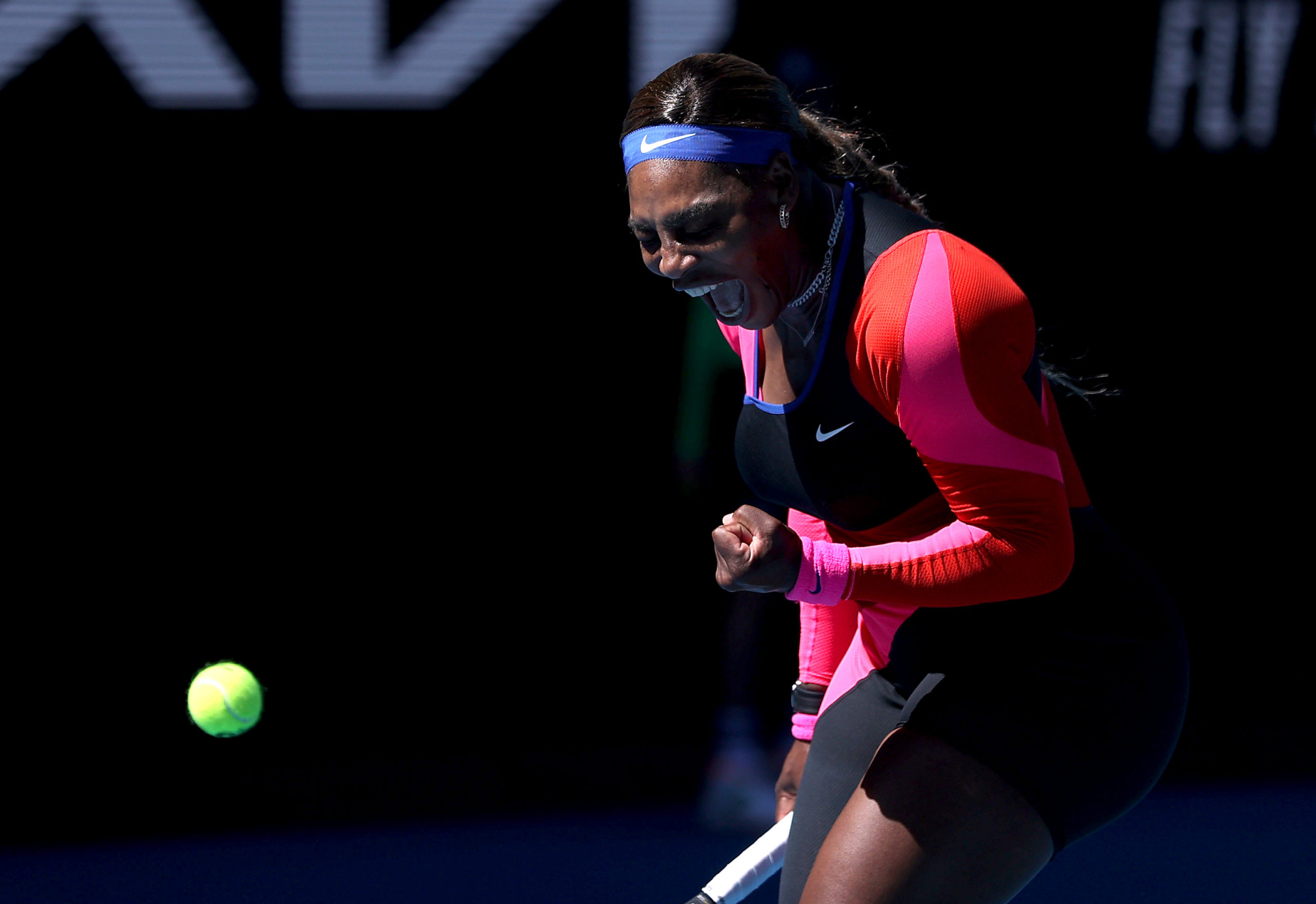 The American withstood a barrage from the seventh seed to prevail 6-4, 2-6, 6-4 in two hours and nine minutes and set up a mouth-watering clash with either world number two Simona Halep or French Open champion Iga Swiatek.

"I am happy to get through, I knew it was going to be tough," said Williams, who hit 30 winners.

"I lost the second set but the games were close. I just tried to stay in there."

Williams, 39, had never before played the Belarusian, who has collected more trophies than anyone else since last year French Open but never reached the quarter-finals of a Slam.

Sabalenka, who has spoken about modelling her big-hitting game on Williams, showed off her power with blistering serves and groundstrokes in the high-octane contest.

A composed Williams, watched by older sister Venus in the stands, counter-attacked superbly in the early stages and broke Sabalenka's serve in the 10th game to win the opening set.

Sabalenka, who was born four months after Williams made her Grand Slam debut in 1998, was unperturbed and stepped up her assault to dominate Williams's usually reliable serve.

A boisterous Sabalenka provided the histrionics in an empty Rod Laver Arena with fans barred until at least Thursday due to Melbourne's snap, five-day lockdown.

The 22-year-old admonished herself before drawing level by pouncing on Williams's faltering first serve, which she landed just 36 percent of the time in the second set.

Williams regrouped and raced to a commanding 4-1 lead in the third set as a frustrated Sabalenka slammed her racquet to the ground as the match began to slip away.

Sabalenka won three straight games to get back on terms but Williams's experience saw her through as she maintained her unbeaten run since emerging from 14-day quarantine in Australia.

The seven-time Australian Open champion has been battling shoulder and Achilles niggles but moved around sharply apart from an awkward tumble in the second set.

She has lost four Grand Slam finals while chasing Margaret Court's all-time record of 24 Grand Slam singles titles since her last major victory at Melbourne Park in 2017 when pregnant. Barty time as Serena sets up showdown with world number one