PM’s aide describe it as in line with Constitution; Sayed declares it wishful thinking 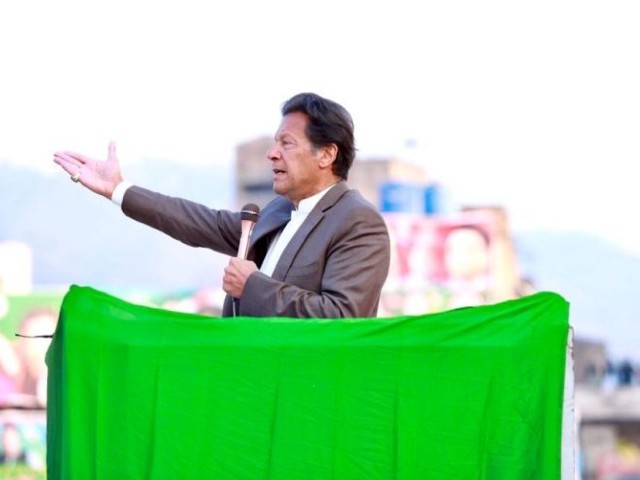 Prime Minister Imran Khan’s statement that it will be up to Kashmiris to become part of Pakistan or remain independent even if they vote in favor of Pakistan in a future plebiscite has triggered a debate about Pakistan’s actual policy and the immediate steps needed to address the Kashmir crisis.

Addressing a rally in Kotli district of Azad Jammu Kashmir (AJK) on Friday at the Kashmir Solidarity Day, Imran Khan said: "When the residents of Indian-occupied Kashmir as well as AJK get the right to decide their future, and when the people of Kashmir will choose Pakistan InshAllah, then Pakistan will give Kashmiris the right to decide whether they want to become a part of Pakistan or remain independent."

Defending the statement, Adviser to the Prime Minister on National Security Dr Moeed Yusuf told The Express Tribune that the premier in his speech has reiterated Pakistan’s stance that Kashmir dispute can only be resolved by implementing the plebiscite guaranteed in the UNSC resolutions.

“The PM has again proven that for Pakistan Kashmir issue’s human angle is of foremost importance. Pakistan is so sincere to the Kashmir cause and the lives of Kashmir that the PM has stressed that Kashmiris aspirations are the most important thing for us,” Yusuf said.

“Let us focus on the dispute right now. That is the struggle we must keep our eye on and expose India’s behavior,” Yusuf said, adding there is a difference between the two states.

Explaining the difference, Yusuf said: “Pakistan [is] standing for the just right of Kashmiris and India is acting in a rogue manner to oppress and illegally occupy Kashmiris.”

Senate Foreign Affairs Committee Chairman Mushahid Hussain Sayed, however, noted that wishful thinking is not a substitute to an actual policy and that right now the immediate concern should be to end the unacceptable status quo in occupied Kashmir, which is the cause of immense human suffering.

“Let’s first aim to end the sufferings of the Kashmiris and then we’ll cross our bridges when we come to them. This ‘Alice in Wonderland’ worldview is insulting to the Kashmiris sacrifices and their sacred cause,” the senator said in reply to a set of questions sent to him.

Urging the PM to confront the reality of Hindutva fascism, Sayed said, “We are still being naive, hoping against hope for talks with a regime that has declared war on the Kashmiris as well as the Sikhs.”

Referring to the Foreign Office’s dossier on Indian state terrorism, the senator said Modi’s India has even launched an undeclared hybrid war on Pakistan, and such naïveté seems out of sync and divorced from reality.

Sayed said the PM is talking of a scenario based on three assumptions: first, India agrees to a fair and free UN-administered plebiscite; second, that plebiscite leads to Kashmiris first opting for Pakistan, and, third, through yet another plebiscite which is not mandated in the UN resolutions, Kashmiris are given the right to either opt for Pakistan or become independent, courtesy a Pakistani-organised referendum.

“So there are 2 referenda and 3 choices,” Sayed said while cautioning “don’t count your chickens before they are hatched”. He said he would “prefer a doable clear Kashmir policy from the government which alleviates the sufferings of the Kashmiris by forcing India to end its brutal occupation today.”

“IK [Imran Khan] is already jumping to tomorrow and day after tomorrow and offering talks to Modi if he restores Article 370. [This] means acceptance of an unjust status quo which all Kashmiris have already rejected with their ‘blood, sweat & tears’,” he added.

When asked about Article 257 of the Constitution – which says “when the people of the State of Jammu and Kashmir decide to accede to Pakistan, the relationship between Pakistan and that State shall be determined in accordance with the wishes of the people of that state” – Sayed said unfortunately the ugly reality of the Indian occupation trumps any legality enshrined in our Constitution.