‘You’ creators making author’s book into another series 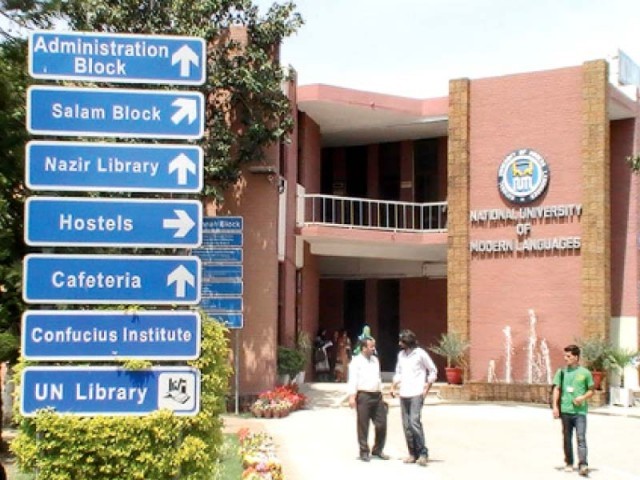 Students of the National University of Modern Languages (NUML) staged a protest against the university's administration on Monday and demanded that exams should be held online.

According to sources, the police closed the road leading to the educational institution and deployed a large contingent to control the student protest.

During the protest, slogans were also raised against the varsity's administration.

Students are demanding that examinations be held online and not in person. They also demanded a decrease in the 'unreasonable' amount of tuition fee despite classes being held online.

Furthermore, the students said that the 'constantly changing exam schedule' is also 'unacceptable'

Urging the varsity's administration to 'immediately' issue a notification, the students said they would continue the protest till their demands are met.