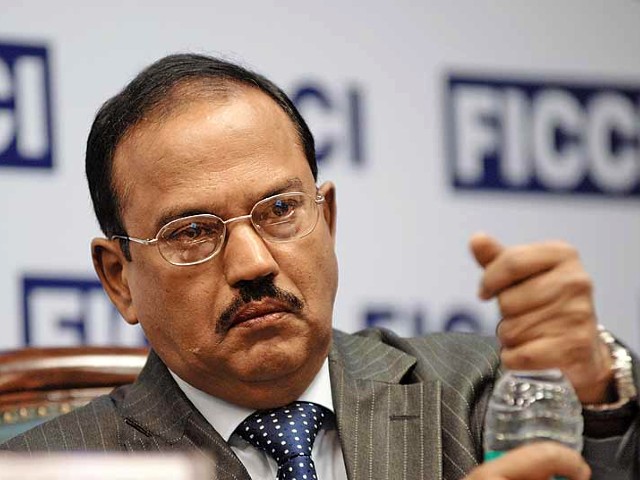 Indian National Security Adviser Ajit Doval on Wednesday travelled to Kabul on a previously unannounced visit at a time when the second and most crucial phase of intra-Afghan dialogue began in Doha last week.

While the statement issued by the Afghan presidential palace said the discussions focused on the “ongoing peace process and combating terrorism”, there was no word from India on the visit.

Officials in Pakistan, keeping a close tab on the Doval’s quiet visit, believe the architect of the Modi government’s national security policy travelled to Kabul as part of efforts to undermine the peace efforts.

“India does not want to see peace in Afghanistan. Period,” put it bluntly by a senior official here who is part of the policymaking team.

“The visit of Doval is very much part of efforts that aims at spoiling the ongoing efforts,” the official added while requesting anonymity since he was not authorised to speak to the media.

It is Pakistan’s considered view that peace and stability in the neighbouring country does not suit India since it wants to see turmoil in Afghanistan so that it could exploit the situation.

On the contrary, the biggest beneficiaries of peace in Afghanistan are its immediate neighbours such as Pakistan, Iran and Russia, the official explained, adding it was because of this reason that there has been a regional consensus on giving peace a chance.

On the other hand, India is playing the role of a spoiler. “We have stated time and again that there are internal and external spoilers. When it comes to external spoilers, India is the major hurdle,” another official pointed out smelling some foul play in the just concluded visit of Doval.

Among all the regional countries, India has yet to wholeheartedly endorsed the ongoing peace efforts seeking an end to the long running conflict in Afghanistan.

The Trump administration has tried even to push India to engage with the Afghan Taliban and recognise them as a political entity. However, the Modi government has so far reluctant to shift its stance, effectively isolating itself from the rest of the regional countries.

The official said Pakistan strongly believes and conveyed the same to the US that India does not have any direct role in Afghanistan. Also, Pakistan informed the US time and again that India was only interested in provoking chaos in Afghanistan.

Islamabad has longstanding complaint against India for using the Afghan soil against Pakistan. Recently, Pakistan made public certain dossiers containing what it said “irrefutable evidence” of India’s involving in fomenting violence in the country.

The dossiers particularly talked about the Indian intelligence agencies role to seek a merger between the different anti-Pakistan Taliban militant groups as well as Baloch terrorist outfits currently operating out of Afghanistan.

“Peace and stability in Afghanistan will make it difficult for India to use the Afghan soil,” the official said, substantiating his view that as to why Pakistan was sceptical of the Indian role in Afghanistan.

But despite Pakistan’s stance, the US seems keen to ensure India does have a role in Afghanistan. India was invited both at the signing of a landmark deal between the US and the Afghan Taliban in February last year as well as commencement of the intra-Afghan talks in September in Doha.

India, which starts its two-year term as non-permanent member of the UN Security Council on first January, would also lead the UNSC Taliban Sanctions Committee. This suggests that Washington would India to be at the thick of things on the Afghan peace efforts.

However, Pakistan believes that the Indian role would only be counterproductive. The second round of talks between the Afghan government and the Taliban is currently underway in Doha. The crucial phase would focus on the future political roadmap of Afghanistan and the comprehensive ceasefire.

The talks are part of the agreement signed between the US and the Taliban in February. The deal envisages US troop withdrawal from Afghanistan by May 2021 in return for Taliban agreeing not to let the Afghan soil be ever used against by terrorist groups.

However, it remains to be seen if the coming Biden administration would stick to the Trump’s approach or may revisit some of the arrangements.