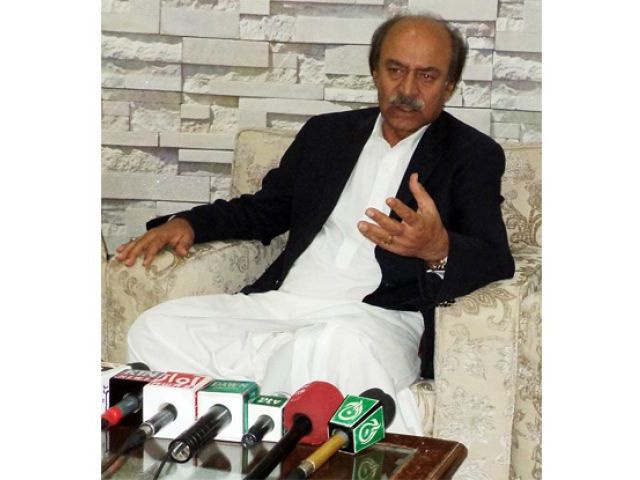 "Provincial autonomy is being attacked. The federal ministers want to do away with the 18th Amendment after the senate elections," said Khuhro. He warned that the weakened provinces will entail a weaker federation.

Khuhro claimed that Sindh has not been receiving its due share from the NFC award since 2015 when Pakistan Muslim League-Nawaz's government was in the power. "The 2017 population census has also become controversial," he observed.

He argued that by showing a reduced population of Sindh in the census, the province will be given a lower share in the NFC. He bemoaned that the islands of Sindh and Balochistan are being occupied.

The PPP's leader, who was a former speaker of the Sindh assembly, said the powers that be have artificially made the PTI a mainstream party. "If this government can be sent home by tendering the resignations we will resign."

He reiterated that the long march and a movement to fill the country's prisons will be launched to oust the government. Khuhro said Pakistan Democratic Movement (PDM) will welcome Sindh's nationalist parties in its fold.

Dr Magsi said Pakistan can be efficiently governed only under a federal parliamentary system with autonomous provinces. He asked the PPP-led Sindh government to address the problem of bad governance in the province. "There are the issues like shortage of medicines in the hospital, supply of impure drinking water and the deteriorating state of the government education," he pointed out.

Responding to a question he clarified that joining of the PDM was not discussed in the meeting held prior to the press conference with Khuhro. He said though the PDM was an alliance of the parties represented in the parliament, the STP will lend its support to the movement in their struggle.