Court admits plea against demolition of 312 shops for immediate hearing 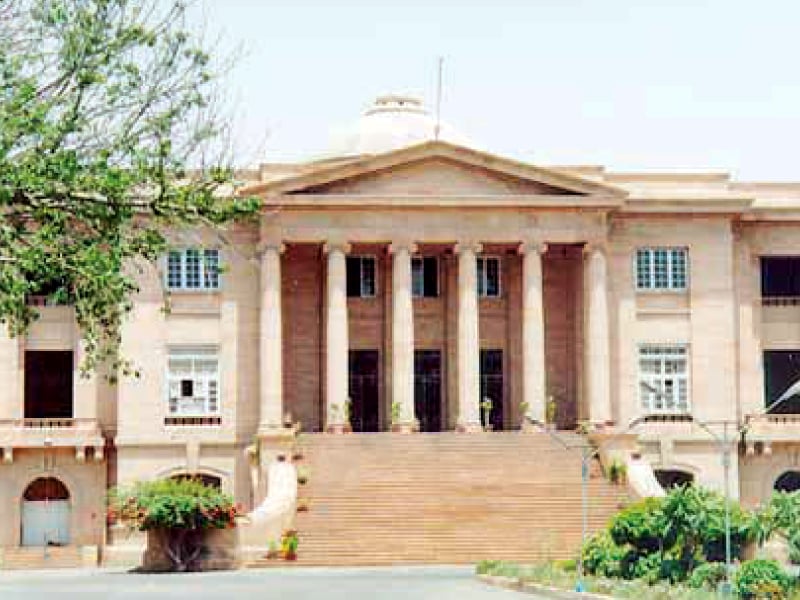 The Sindh High Court accepted the request of shopkeepers in Korangi on Friday to conduct an immediate hearing of their plea against the demolition of 312 shops.

Shopkeepers from Korangi's Sector 44A have maintained in their plea that the shops were established on an amenity plot in 1963 and several applications were sent to the Sindh chief minister to regularize the shops but no response was received.

The petitioners contended that the Anti-Encroachment Cell has issued notices for the demolition of these shops, but that would deprive poor shopkeepers of their source of income. The Korangi Welfare Association's counsel prayed the court to issue a stay order and restrict the Karachi Development Authority and other relevant authorities from razing down these shops.

Justice Sial observed that the Supreme Court has ordered the removal of encroachments. The SHC cannot issue a stay on the apex court's orders without hearing arguments from the KDA and other parties, remarked the judge.

The court admitted the plea for hearing and issued notices to the relevant authorities for January 12.

The SHC had earlier warned that no petitions seeking stay orders on the apex court's anti-encroachment directives will be entertained.

Separately, the bench rejected the request of shopkeepers of Landhi's Babar Market for immediate hearing of their plea against the demolition of over 250 shops. The court fixed January 4 as date for hearing.

Justice Sial reminded the petitioners of the Supreme Court's orders against encroachments and directed the counsel to read the apex court's orders before the hearing.

The petitioners have maintained in their plea that the Karachi Metropolitan Corporation had allotted these shops in Babar Market. They contended that the KDA is interfering and wants to raze the shops. Over 250 shops will be demolished and shopkeepers will be affected by the KMC and KDA's action.

Meanwhile, the SHC accepted the appeal of convict Ishaq alias Bobby against the death penalty awarded to him by the anti-terrorism court.

The court issued notices to the Sindh prosecutor-general and other parties while accepting the plea of Bobby, who is associated with a banned outfit and has been convicted for the murder of qawwal Amjad Sabri, a bomb blast on an Imambargah, and in other cases.

According to police, Ishaq shot dead Amir Haider Shah, lawyer Waqar Shah, with the help of his accomplices in 2012 and 2014, respectively. The police maintained that weapons confiscated from Ishaq's possession matched the spent bullets found in both the murder cases.

An anti-terrorism court had sentenced Ishaq to death in the cases pertaining to murders of Amir and Waqar and a bomb blast.

Separately, the court rejected the bail pleas of accused involved in the sale and manufacture of gutka and mawa.

The accused are also booked in four other cases, including a murder.