CokeFest is going virtual this year

SC issues notices to ECP, AGP and K-P advocate general for next hearing

Supreme Court's (SC) Justice Qazi Faiz Isa warned the Khyber-Pakhtunkhwa government of initiating contempt of court proceedings against it on Wednesday for failing to hold local government elections in the province.

A two-member apex bench presided over by Justice Isa heard a case pertaining to the implementation of sections 39 and 41 of the K-P Government Act 2013, which refer to the delay in local bodies elections in K-P.

“Why have local bodies elections not been held even after 14 months?” Justice Isa asked. “Will not allow violation of the right of KP's people,” the justice observed.

Justice Isa asked the provincial government's counsels to explain why they were afraid and why were they trying to save the government.

“Your government's expenses are paid for by the public's money, there is no need for you to be afraid of anyone. Allah is your protector,” he said.

Further reprimanding the counsels, Justice Isa said there were special routes marked for VIPs in all parts of the country. "Is this how the State of Madina is supposed to be?" he asked. "You see machine guns mounted everywhere. If something were to happen, are these guns going to be used on the people?," the judged asked.

He said the government speaks of holding elections in [Azad Jammu and] Kashmir while it hasn't held local government's elections in K-P. “Don't the people of this province have rights?” he asked.

Further irked by the absence of K-P’s advocate general, the court asked if the AG was a busy person. “He is paid for by peoples' money. It is his responsibility to appear before the court,” the apex court remarked.

The KP government submitted a report on sections 39 and 41, on which the SC expressed dissatisfaction and ordered for the details of local government's movable and immovable properties to be uploaded.

The case was adjourned till December 15. 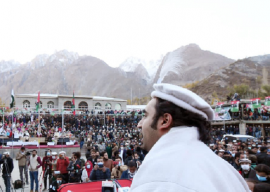 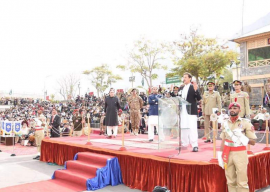