Owners of mills, factories, shops will be arrested for violating child labour laws 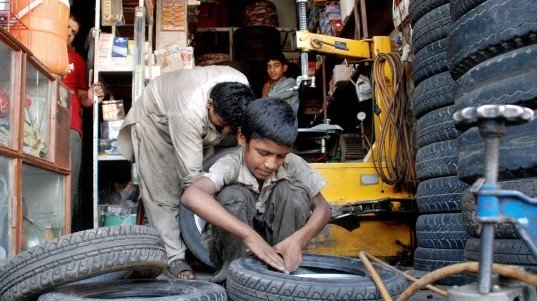 The labour department launched a crackdown against child labour in the district on Tuesday.

Welfare Labour Director Malik Munawwar Awan said the crackdown would continue for three days during which the teams would visit all brick-kilns, factories and mills.

They will take prompt action if child labour was found anywhere in the district including shops, workshops and markets. He said child labour has been prohibited strictly under the law in Pakistan.

Therefore, the owners of mills, factories, brick kilns, shops and workshops should avoid it, otherwise, they would be sent behind bars if they were found involved in the violation of labour laws.