Pictures of the week - 19th to 25th September

Here are some pictures from across the world

French firefighters push a gurney carrying an injured person near the former offices of the French satirical magazine Charlie Hebdo following an alleged attack by a man wielding a machete in Paris on September 25, 2020. The threats coincide with the trial of 14 suspected accomplices of the perpetrators of the massacres at Charlie Hebdo and a Jewish supermarket that left a total of 17 dead. PHOTO: AFP 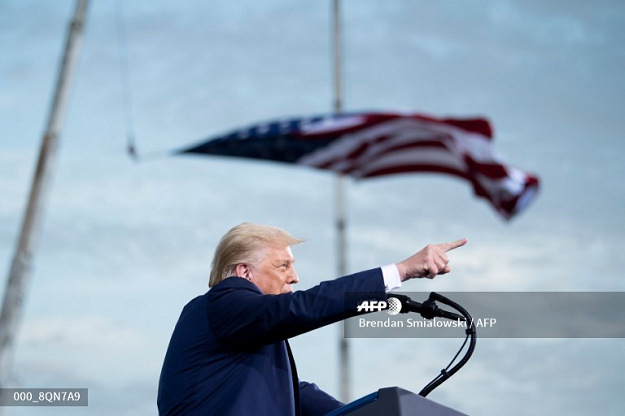 The American flag flies at half-mast in honor of the late Justice Ruth Bader Ginsburg as US President Donald Trump speaks during a campaign rally at Cecil Airport on September 24, 2020, in Jacksonville, Florida. PHOTO: AFP 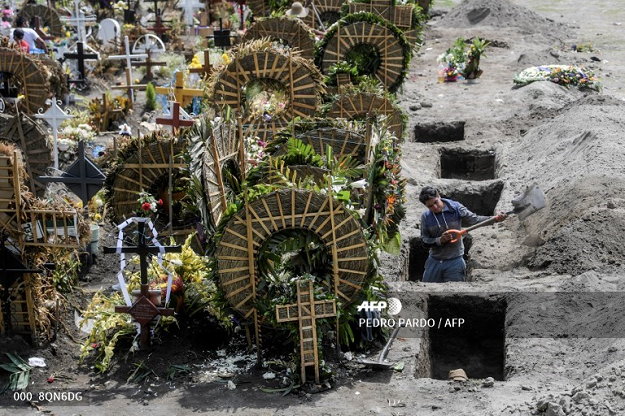 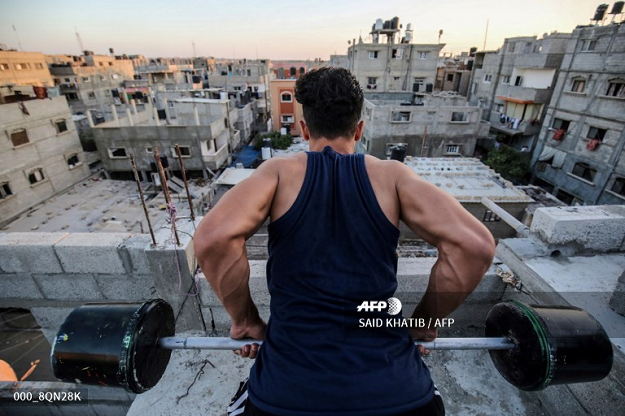 A Palestinian body builder uses construction equipment to train in the southern Gaza Strip city of Rafah on September 24, 2020, during the lockdown amid the Covid-19 outbreak. PHOTO: AFP 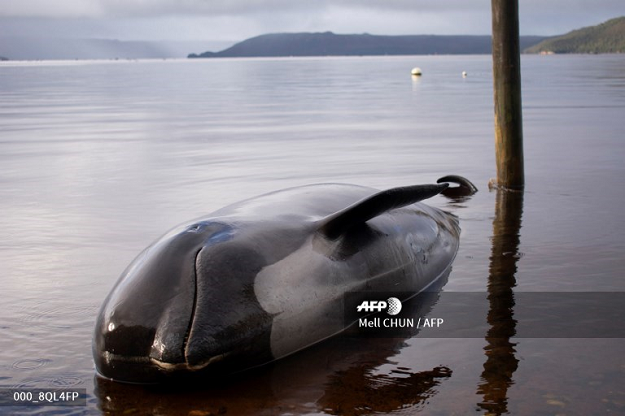 A pilot whale, one of at least 380 stranded that have died, is seen washed up in Macquarie Harbour on Tasmania's west coast on September 24, 2020. PHOTO: AFP 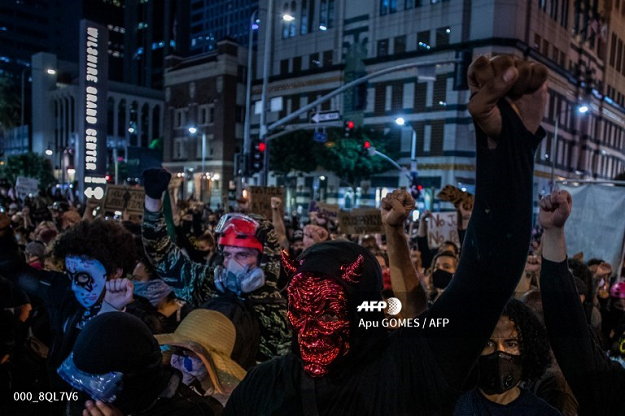 Protesters march against police brutality in Los Angeles, on September 23, 2020, following a decision on the Breonna Taylor case in Louisville, Kentucky. A judge announced charges brought by a grand jury against Detective Brett Hankison, one of three police officers involved in the fatal shooting of Taylor in March. Hankison was charged with three counts of "wanton endangerment" in connection with the shooting. PHOTO: AFP 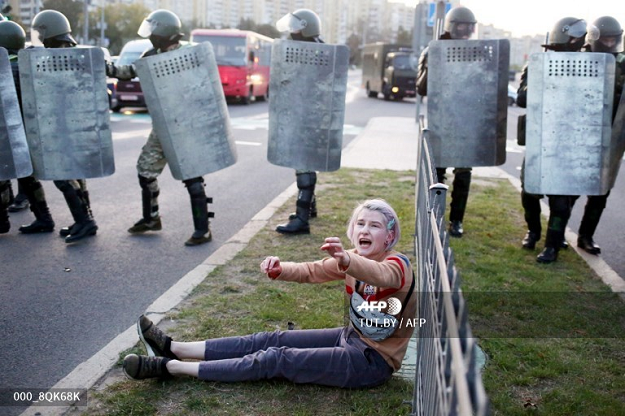 A woman reacts as she sits in front of law enforcement officers during a rally to protest against the presidential inauguration in Minsk on September 23, 2020. Belarus leader Alexander Lukashenko held his presidential inauguration in secret on September 23, 2020, after claiming victory in disputed polls that his opposition rivals have described as massively rigged. PHOTO: AFP 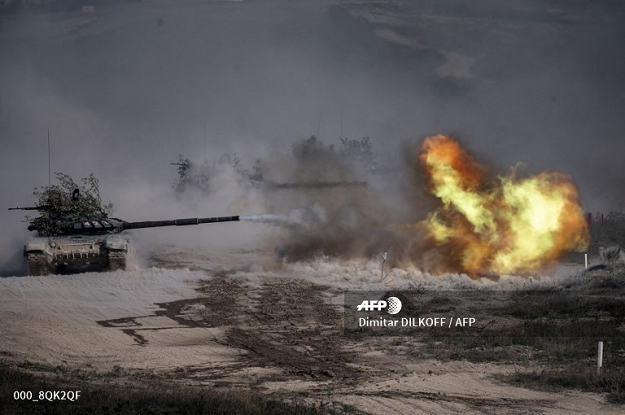 A Russian army T-72-B3 tank fires during military exercises at the Raevsky range in Southern Russia on September 23, 2020 during the "Caucasus-2020" military drills gathering China, Iran, Pakistan and Myanmar troops, along with ex-Soviet Armenia, Azerbaijan and Belarus. Up to 250 tanks and around 450 infantry combat vehicles and armoured personnel carriers will take part in the September 21 to 26 land and naval exercises that will involve 80,000 people including support staff. PHOTO: AFP 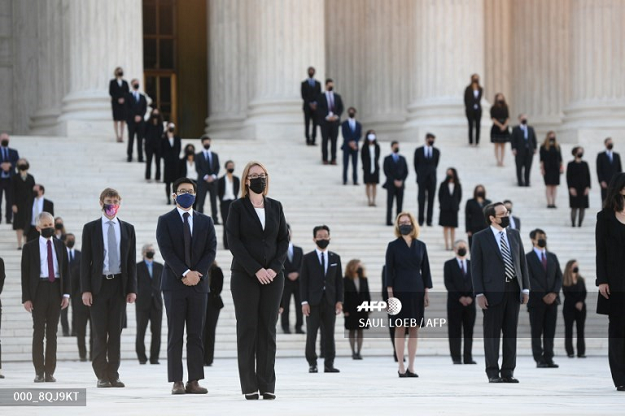 People wait for the casket of the late Supreme Court Justice Ruth Bader Ginsburg to arrive at the US Supreme Court in Washington, DC, September 23, 2020. Justice Ruth Bader Ginsburg, whose death has opened a crucial Supreme Court seat that Republican President Donald Trump has promised to quickly and controversially fill against the wishes of Democrats, will lie in repose beginning September 23, 2020 at the US high court. Trump will announce his pick to replace Ginsburg Saturday, with Senate Republicans promising a swift vote on the nominee. PHOTO: AFP 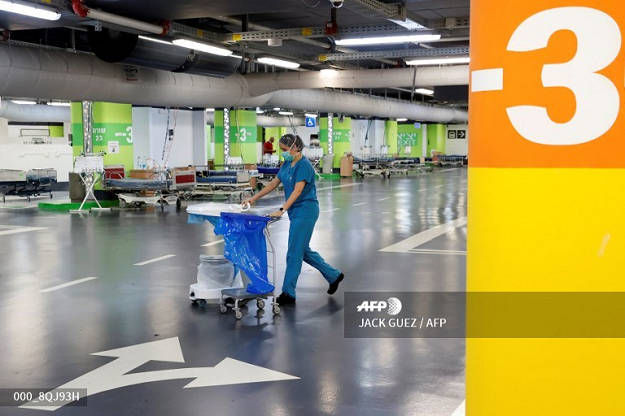 A medic works in the underground parking of Rambam Health Care Campus which was transformed into an intensive care facility for coronavirus patients, in the northern Israeli city of Haifa on September 23, 2020. Authorities in Israel, which has seen one of the world's highest per capita rates of novel coronavirus infections in the past two weeks, imposed a new nationwide lockdown on September 18. PHOTO: AFP 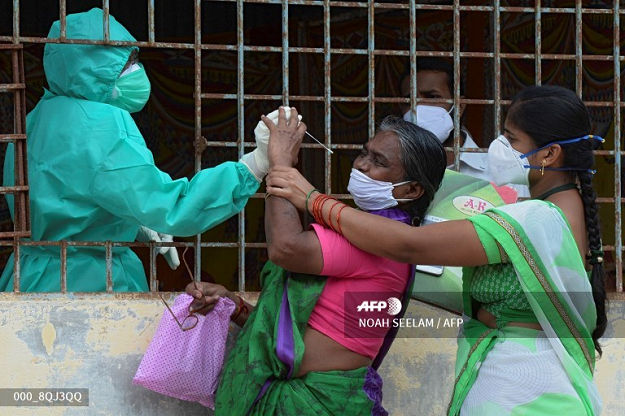 A woman (C) reacts as a health worker tries to collect her swab sample to test for the Covid-19 coronavirus at a slum area in Hyderabad on September 23, 2020. PHOTO: AFP 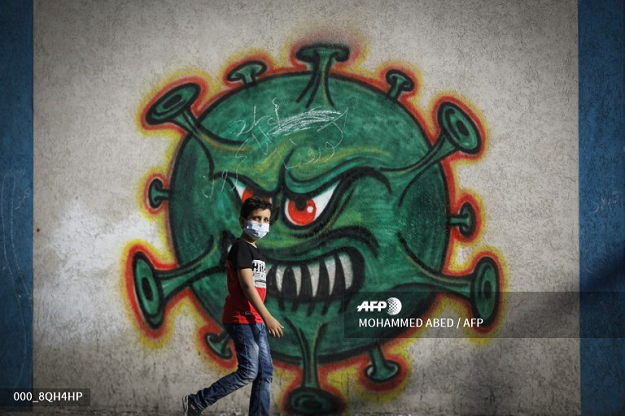 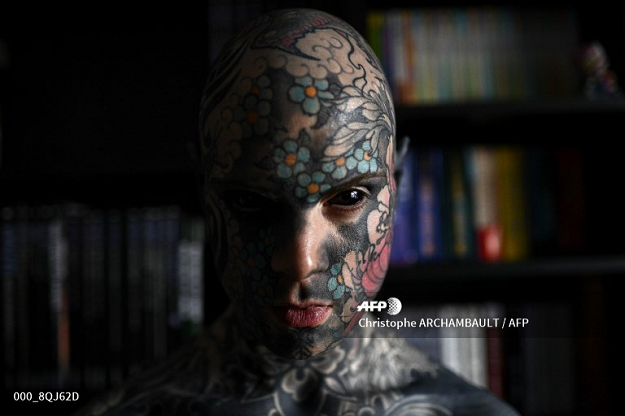 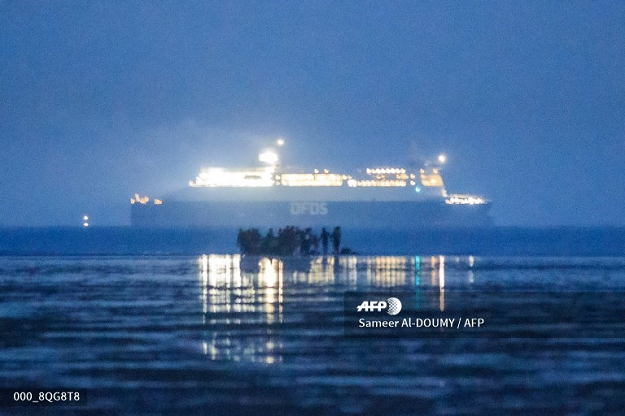 Migrants including families embark on the beach of Gravelines as a ferry of the Danish shipping company DFDS sails in the Channel (Manche), near Dunkirk, northern France on September 22, 2020. The number of migrants crossing the English Channel -- which is 33,8 km (21 miles) at the closest point in the Straits of Dover -- in small inflatable boats has spiraled over the summer of 2020. According to authorities in northern France, some 6,200 migrants have attempted the crossing between January 1 and August 31, 2020, compared with 2,294 migrants for the whole of 2019. PHOTO: AFP 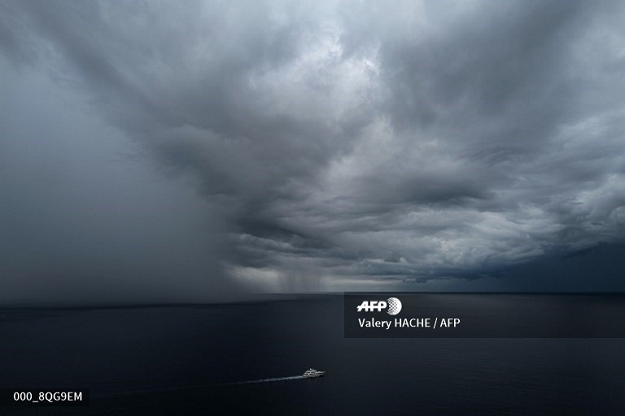 A yacht sails ahead of an approaching rainstorm over The Mediterranean Sea, near the coast of the French Riviera city of Nice, southern France on September 22, 2020. PHOTO: AFP