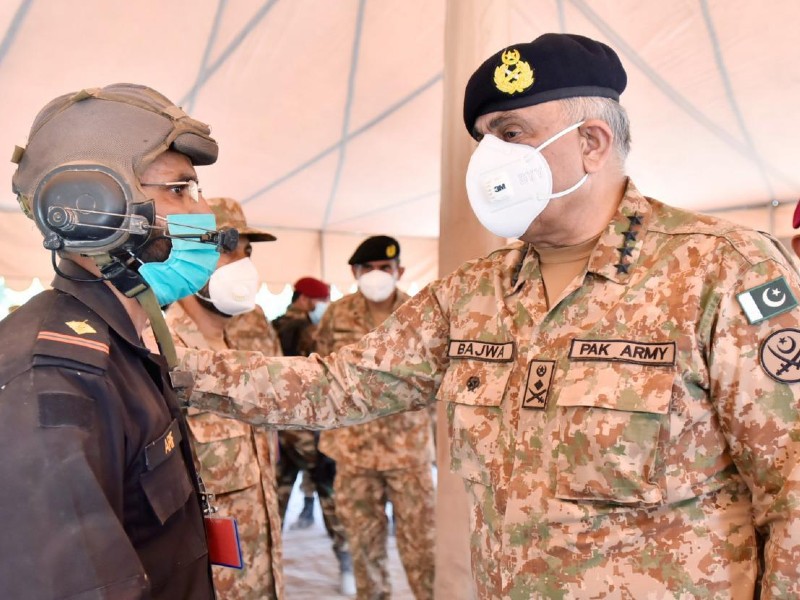 The military's media wing said General Qamar was briefed about operational, training and administrative matters of the Central Command Formations during the visit.