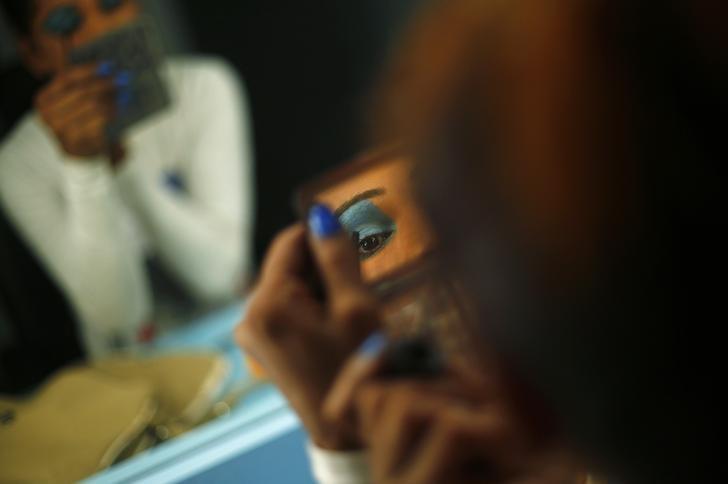 Members of the transgender community are scared of going to mosques for worship, says a transgender make-up artist working in Lahore. Sania Abbasi stated that many transgender people earlier went to the mosques to offer prayers but they had become hesitant to do so now.

“I myself used to go to the mosque and but some of the clerics and the administration of the mosque used to pass comments on my dress and said that because of me, other people's prayers were spoiled," said Sania. “That is why we are afraid now,” she added.

She maintained that the transgender persons do not want anyone’s worship to the affected. “Now, I pray at home because my prayers are for God and will only be accepted by Him,” she said

She maintained that people from the transgender community also hold religious gatherings at home during Muharram.

“When I was born, my parents considered me as a son,” she said. “I acquired education as a boy till the university level but I felt like a girl,” she added.

“If a baby would be found to be a transgender at birth, then perhaps no transgender person would be alive today,” she lamented.

Sania maintained that as the child gets older, he or she realises that he or she is a trans man, a trans woman or a man or woman.

Speaking to The Express Tribune, the 25-year-old said that it has been assumed for centuries that the funeral of transgender persons is held at night. “I have not seen any such incident so far, although many transgender people have died and have been buried in the last few years,” she said.

Niya Abbasi, who studied from school to university level as a boy, said she used to go to a mosque to offer prayers, but the administration said the prayers of others were affected because of her.

“People used to make fun of me in school, college and university,” said Niya.

Sania said that during exams at the university, the head of the department humiliated her in front of everyone.

“I was wearing a scarf which enraged the HOD and he asked me in front of everyone, who are you? What kind of clothes, are you wearing? You are wasting your parents' money here,” said Sania.

She told The Express Tribune that all the literate people in the transgender community had been educated as boys. “Otherwise, no transgender person would have been able to receive education.”

She further said that as long as she needed her parents’ financial support, she continued to be a boy.

“However, when I stood on my own feet, I gave the girl inside me a chance to come out and today I am in front of you,” she said.

She highlighted that the civil society, NGOs and government initiatives are changing the way citizens think about transgender people and raising awareness.

“However, centuries-old traditions and thinking cannot be changed in a few years,” she said.

Quote: If a baby would be found to be a transgender at birth, then perhaps no transgender person would be alive today – Makeup artist Sania Abbasi