Work deferred due to risk of further landslide 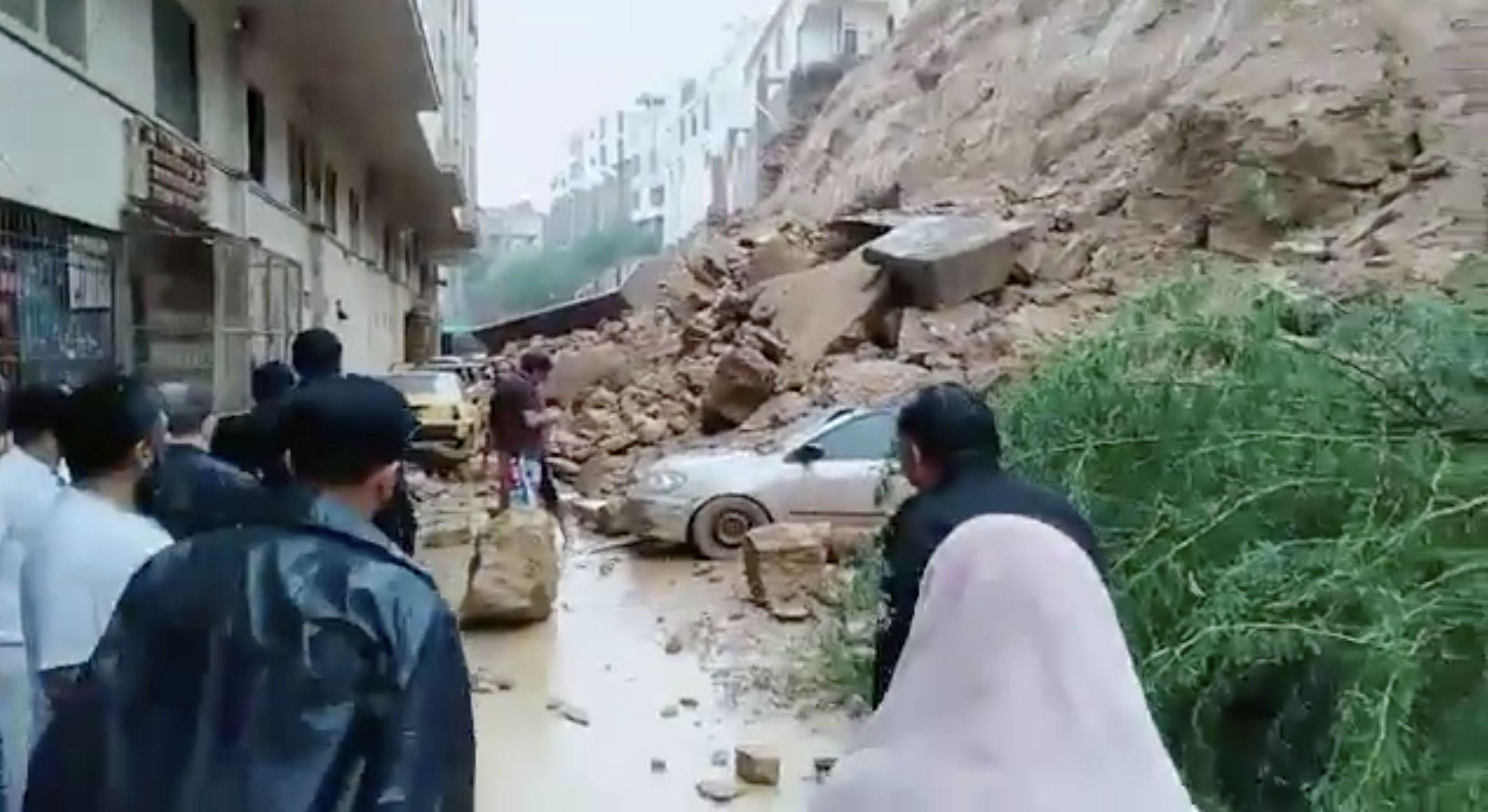 The heavy rain in the city on Tuesday triggered a landslide in a hilly area adjacent to the parking area of a residential building at Munawar Chowrangi in Gulistan-e-Johar , burying over 22 cars under the rubble.

The police and rescue personnel rushed to the spot on hearing about the incident and initiated a rescue operation immediately.

According to East SSP Sajid Sadozai, no casualties were reported in the landslide but at least 22 vehicles had been buried under the rubble, causing losses of hundreds of thousands of rupees.

Gulistan-e-Johar SHO Inayatullah Marwat told The Express Tribune that the landslide had been reported to the assistant commissioner and other relevant authorities.

The removal of the debris would be carried out after the ongoing spell of rains came to an end, he said, adding that the work had been deferred because there was still risk of a further landslide.