Alarm and light system installed at five points in Punjab 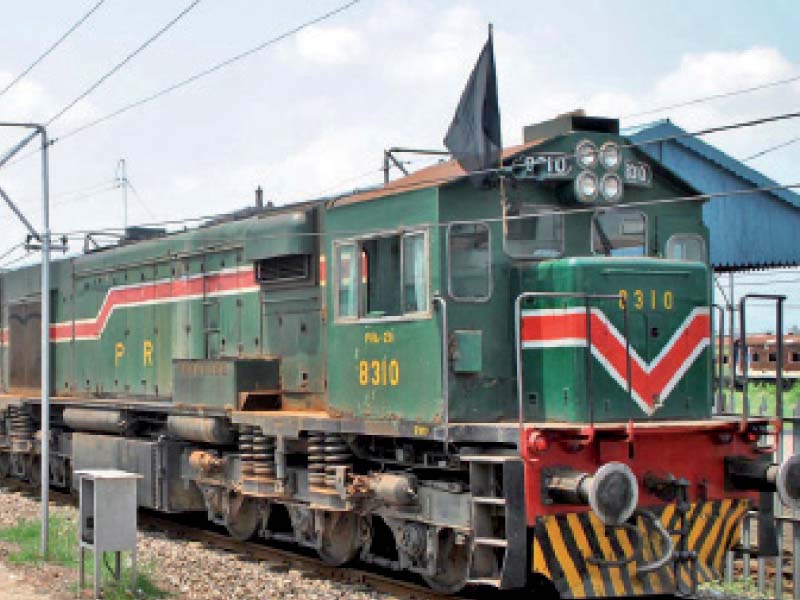 As many as 1,875 of the total 3,389 railway crossings across the country are unmanned.

Of these, 436 railway crossings in Punjab were deemed extremely dangerous and barriers have with installed at 75 of them along with deployment of staff to operate them. There is a ban on new railway crossings on the main line between Lahore and Karachi.

The installation and operation of barriers at a railway crossing on a road costs about Rs10 million, which has to be paid by the province. The expenses include three-year salary of employees working in three shifts at the barrier, their installation and the telephone, wiring and signals system. An alarm light system was installed at five spots in Punjab in the past to check the accident rate at the crossings, which starts ringing before a train arrives.

Two train accidents took place in Lahore division on Friday. Several Sikh pilgrims died when their vehicle was hit by Shah Hussain Express, while a woman crossing the tracks was crushed by the Business Express.

There are 3,389 railway crossings on roads in Sindh, Punjab, Balochistan and Khyber-Pakhtunkhwa. Of them, 1,875 are unmanned and 1,514 have barriers operated by staff.

Sources said construction of crossings on the main line between Lahore and Karachi was not allowed and there was a ban on new unmanned crossings across the country. However, manned traffic barriers gates can be installed on branch lines while complying with the rules.

The alarm light system was installed at five crossings in Punjab in the past to avoid accidents. The alarm starts ringing before the train arrives. Passers-by and drivers at the unmanned crossings are cautioned by the alarm and light. The system is linked with the railway tracks so the alarm and red light are switched on when a train was is still a short distance away. But the system has been installed in only five places in the province. The use of the system has not been extended by the current government.

The sources said the increase in the accidents on the railway tracks was also caused by people constructing roads across them for their own convenience, thus adding to the unmanned crossings.

The chief ministers of Khyber-Pkhtunkhwa, Punjab, Balochistan and Sindh have not released fund for making the crossings secure.

Mohammad Nazir, the driver of the Shah Hussain Express, alleged that the accident took place due to the negligence of the coach driver. He said he blew the horn multiple times but the coach came onto the tracks.

He said he had applied the emergency brake but the coach driver did not hear the horns.

The train driver said people should be extremely careful while crossing the tracks and should use only legal crossing points for the purpose.

Meanwhile, an inquiry has been ordered into the accident and a railway official has reportedly been suspended.