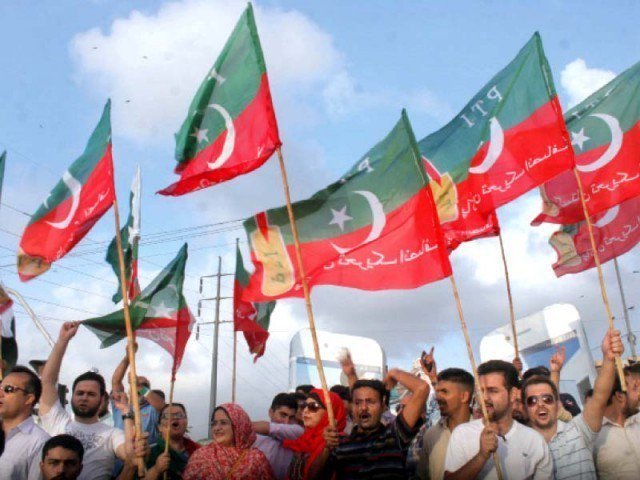 MULTAN/ISLAMABAD.: Amid increasing disgruntlement and internal squabbling in the ruling party, especially in Punjab, Foreign Minister Shah Mehmood Qureshi on Friday emphatically quashed speculation about the existence of any “forward bloc” within the Pakistan Tehreek-e-Insaf.

“They [MPAs] have themselves denied forming any forward bloc. They were part of the party and they will remain so. They would be heard. And their genuine grievances would be addressed,” he said while speaking to media persons in his hometown of Multan.

The MPAs, according to the media reports, have formed the forward bloc because they are not happy with Chief Minister Usman Buzdar who, they say, reshuffled the provincial bureaucracy without taking them into confidence and did not release development funds either.

Though Qureshi denies any schisms in the PTI, they say there’s no smoke without fire. The disgruntled MPAs might or might not be forming a forward bloc, but growing public dueling between ministers shows all is not well within the ruling party.

“The Punjab government is failing to deliver, and this is piling pressure on the PTI [government at the Centre],” Fawad was quoted as saying in a meeting of the ruling party’s core committee in Islamabad on Jan 17.  He also wrote a letter to the prime minister to bring his dismay on record.

The Punjab government’s spokesperson took offence at Fawad’s tirade. “Every month, Fawad Chaudhry tries to become a hero by finding faults with his own party. This is a blatant violation of party discipline,” Fayyazul Hasan Chauhan, the provincial information minister, said on Friday.

“You don’t drill holes in your boat, you row it,” he added. “Fawad Chaudhry has no right to give an opinion about the Punjab chief minister.”

Chauhan said he was showing restraint because Fawad was his friend. “Otherwise, I’d have responded the way I deal with the opposition,” he added.

Appears, the disgruntlement is not limited to Punjab.

The PTI-backed government in Balochistan is also riven by squabbling. Provincial Assembly Speaker Abdul Quddus Bizenjo has threatened to unravel the governing coalition in the province with the help of likeminded MPAs from both sides of the aisle.

“It’s very easy for me,” said Bizenjo, who on Friday submitted a privilege motion against his own party members – including Chief Minister Jam Kamal Khan, Finance Minister Zahoor Buledi and Senator Sarfraz Bugti – stating that the chief minister’s remarks about him had hurt him.

Former minister Mir Sarfraz Domki threw his weight behind Bizenjo and claimed that most leaders of the Balochistan Awami Party would side with Bizenjo in his tiff with Kamal.

The chief minister, however, brushed aside Bizenjo’s threat, saying he won’t take it seriously. “Only Bizenjo could tell what is going on in his mind,” he said while calling him an “emotional member” of the BAP having a habit of making such statements.

A similar situation appears to be emerging in Khyber-Pakhtunkhwa.

According to media reports, five provincial ministers, along with 20 MPAs, have formed a group within the ruling PTI. The disgruntled lawmakers have threatened to resign en masse if “governance is not improved” in the province.

The chief minister denies the allegations by “two or three ministers” who, according to him, are conspiring against him because he has refused to oblige them.

The intra-party squabbling poses another challenge for the PTI, which is already busy placating its disgruntled allies at the Centre.

A liaison committee formed by the prime minister to woo back drifting allies met with Khalid Maqbool Siddiqui, the convener of MQM-P, on Friday. And sources say the meeting was “fruitful”.

Siddiqui stepped down as minister for information technology in the federal cabinet earlier this month, triggering fears that the MQM-P would pull out of the governing coalition – a nightmarish scenario for the PTI government which needs allies’ support for its survival.

The sources say Siddiqui will soon meet Prime Minister Imran Khan who hasn’t accepted his resignation. Nor would he do so because close aides have advised him to keep Siddiqui’s resignation on hold.

Another round of delegation-level negotiations between the PTI and MQM-P is expected on Wednesday. The sources say the MQM-P admits that the government is making serious efforts to assuage their grievances.