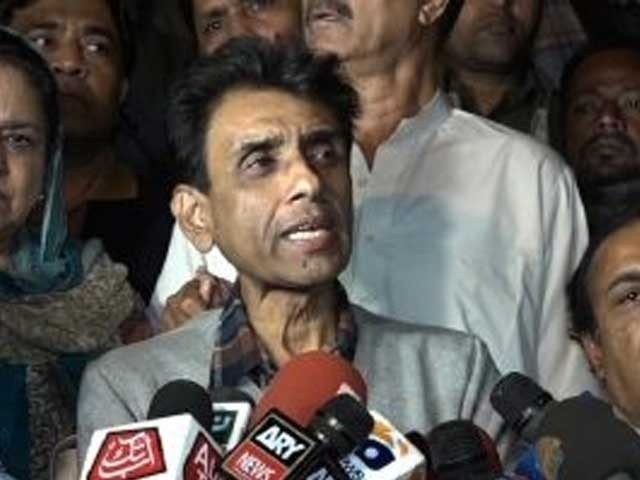 ISLAMABAD: The negotiating committee of the ruling PTI has expressed its inability to meet its disgruntled Karachi-based ally MQM-P’s two key demands — recovery of missing persons affiliated with the party and permission to reopen its sealed offices – leading to a deadlock persisting between the coalition partners.

On Saturday, the government team led by Defence Minister Pervez Khattak met the MQM-P leadership in an effort to assuage its disillusioned ally but failed to break the impasse.

The MQM-P’s simmering disgruntlement with the ruling PTI took a new turn on January 12 when the party’s convener Khalid Maqbool Siddiqui announced that he was stepping down as minister for information technology in the federal cabinet.

However, Siddiqui made it clear that his party was not pulling out of the ruling coalition, indicating that the MQM-P, whose support is critical to the survival PTI’s government, is giving more time to its senior partner to assuage its reservations.

The MQM-P’s demands include the recovery of missing persons affiliated with the party, granting it permission to reopen its offices and kicking off development projects in Karachi and other urban centres of Sindh.

‘Positive headway’ made in talks with PTI: Khalid Maqbool Siddiqui

The MQM-P in its talks with the government insisted that its demands including the recovery of missing party activists and the permission to reopen its sealed offices were met first before it reconsidered the decision of quitting the cabinet post.

According to sources, the government side during Saturday’s meeting failed to provide concrete assurances to the party over these demands

However, it proposed formation of a committee for the recovery of missing activists, in addition to making a pledge to release development funds.

The sources said the MQM-P convener told the government delegation that “there is no justification in sitting in the cabinet if we are unable to return [missing] MQM-P activists to their homes”.

The sources said Siddiqui told to the government side that despite the passage of over one and a half years, no practical work had been carried out.

He also regretted that the MQM-P was not allowed to open its offices despite “being the largest party of Karachi”.

On the issue of non-release of development funds, Siddiqui said: “How can we face our voters in the absence of any development work?”

The sources said the negotiating team had sought time to consult with the prime minister and security agencies on the issue of sealed party offices.

However, Siddiqui in a statement issued on Sunday said the government seemed serious in meeting the party’s demands.

The MQM-P leader said his political party had fulfilled all promises made to the federal government and now the urban areas needed justice from the Centre.

The ruling PTI has been struggling to reassure its political allies after the MQM-P’s articulation of smouldering grievances set off a domino chain reaction, with coalition partners going public with their apparent disillusionment.

The ruling PTI — which has a slim majority in parliament — understands that the support of its allies is critical for the survival of its coalition government.

The collective strength of the four parties in the National Assembly is 24 — MQM has seven MNAs, PML-Q and BAP has five each, BNP-M four and GDA has three lawmakers — and the PTI government could fall the moment these parties left the coalition.