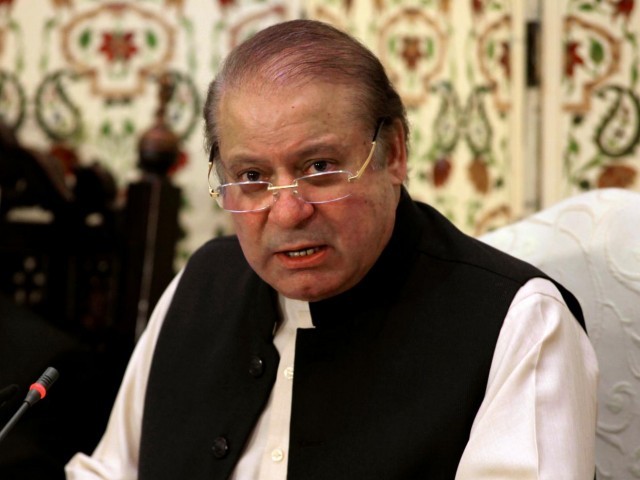 LAHORE: The PML-N and the powers that be have reached an agreement on all issues except the question of the PML-N Vice President Maryam Nawaz’s return to mainstream politics, a lawmaker of the former ruling party told The Express Tribune.

“The party is close to reaching a deal with the establishment. Once everything is finalized, the PML-N President Shehbaz Sharif would return to Pakistan to initiate the process of an in house change.

“A national government excluding the ruling PTI would be formed, which after election reforms and stabilization of the economy would be dissolved to proceed for fresh elections,” the PML-N leader said speaking on condition of anonymity.

Shehbaz has been in London since November when he left the country along with his elder brother and the PML-N supreme leader Nawaz Sharif, after the latter was granted bail on medical grounds and the permission to fly abroad for treatment.

The leader said the only thing that is yet to be decided is Maryam’s return to mainstream politics.

“The establishment, apparently, does not like return of the father-daughter duo to politics as in the recent years they took a hard line on establishment. The Sharif family, however, wants Maryam Nawaz back in politics.

“The party would, however, not let comeback of Nawaz and Maryam become a flashpoint. If it’s not agreed, then Maryam will be asked to sallow this bitter bill in the interest of the party’s future, for the moment,” the leader said.

Maryam Nawaz has kept silent since her bail in November 2019. This silence is seen as part of a deal to obtain more concessions. “Since Nawaz Sharif, who is also in London at the moment, is on board, convincing Maryam apparently would not be a problem,” the leader added.

The leader said the PML-N will not choose to form a government for the remaining tenure, as a hung parliament will always be on the brink of an in-house change.

The leader said they have been conveyed that the kingmakers are finally done experimenting with Prime Minister Imran Khan. The coming month of March will bring the government closer to its end.
“With cases popping up against the PTI leaders and cracks emerging within Punjab and Center, it is not difficult forecast the government’s future.”

Many PTI leader and independent parliamentarians both in the Center and in Punjab are promising their support in return of the PML-N ticket in the next elections. The end for PTI is near and they also know it.

The PPP leader Qamar Zaman Kaira said end of the PTI government is in sight due to their poor performance and sheer incompetence. He, however, said the PPP would not support any undemocratic step or any step that undermines the political norms.

To a question about the PML-N realigning itself with the establishment, he said the PML-N can realign itself with whenever they desire. The PPP and the PML-N are not allies.

“We have supported each other on several issues and similarly we also have had disagreements. However, I will not answer any hypothetical question. It is imperative to take the right route to reach the final destination.”

Another PPP leader said their party is fully aware of the PML-N effort to re align itself with establishment. He said the party has a strategy in place but they cannot disclose it as yet.