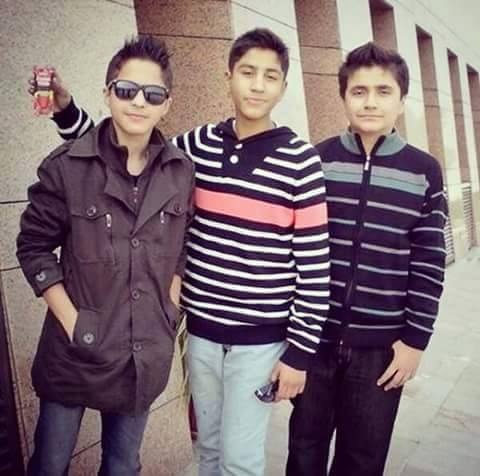 PESHAWAR: Where there have been several accounts of tragedy associated with the December 2014 attack on Army Public School (APS), there is a lesser-known saga that speaks about motherhood, bereavement, and friendship in the days after the massacre.

As the story goes, three friends, Yaseen, Mobin Afridi, and Rafiq Bangash studied in the same class, played the same games and shared the same journey home. They were said to be inseparable during their days at APS and their friendship had earned them the title of ‘Triangle Friends,’ amongst their fellows and faculty. As fate would have it, not even death could do part the trio as the three stood at the barrel’s end when the attackers opened fire on their school. The Triangle Friends departed to their final abode together on December 16 2014.

Some 10 days before the attack, the three had gathered at Yaseen’s residence –  their usual spot – to celebrate his school results. There was food and laughter and little to suggest that this would be their last meeting. However, in the days after the martyrdom of the triangle friends, their mothers have adopted their children’s friendship; calling themselves the triangle mothers to commemorate the trio.

Where there is no right way to experience bereavement, for the triangle mothers each other’s company has been a source of catharsis and healing in the days after the APS attack which claimed their only children. Yaseen’s mother Afshan Asif, Mobin’s mother Shaheen and Rafiq Bangash’s mother Shazia have found solace in sharing grief and developing strong female friendships, which they say have helped them overcome.

“Our children may have departed but we want to keep their friendship alive through us, as Triangle Mothers,” said Afshan. “We talk to each other daily to remember our children and all things associated with them; the moments of happiness; their eid clothes; their school uniforms; their mischief, we remember them in all ways,” she added.

According to Shaheen, after the loss of her son Mobin, it was her friendship with Afshan and Shazia which became her support system and gave her a new lease on life. “I always look forward to meeting mothers of other APS martyrs and talking to them. I’m always excited about meeting other parents, just like my son would be elated about meeting his friends.”

“My son Mobin’s birthday falls on the 28th of September. We would always have people over at our place to celebrate and we still do. The only difference is that previously it would be his friends who would come over and now it is their parents who visit us and we indulge in sharing stories of our children and weeping in remembrance,” Shaheen told The Express Tribune.

Remembering APS: A wound that cannot heal, a winter that never left

The triangle mothers feel proud of calling themselves mothers of martyrs and recall their children as heroes. “Although I have moved to Islamabad now but triangle mothers are still as intact as ever. We talk on the phone every so often and make sure to meet at least once a month,” said Rafiq Bangish’s mother Shazia. “The grief of separation from our sons is unforgettable and we are merely spending our lives until we meet them at the final abode but until then, I’m glad we have each other to help us get through.”