Air of sorrow serves as grim remind­er of all sacrif­ices made in the war agains­t terror­
By Wisal Yousafzai
Published: December 16, 2019
Tweet Email 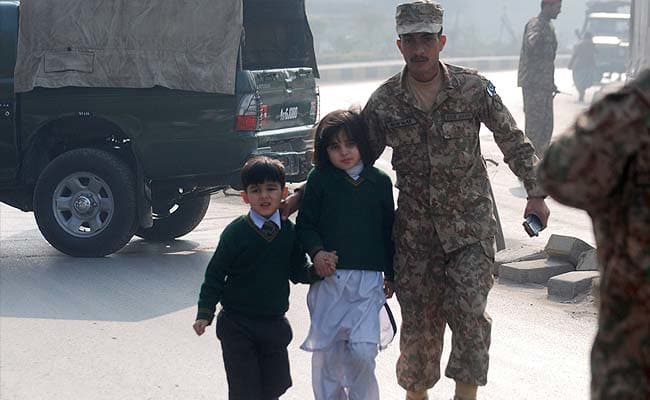 PESHAWAR: For many parts of the world, December marks a festive time. For others, the wintery month fuels a longing for the spring ahead. In either case, as the world looks ahead to a new year with new resolutions and new beginnings, there is much to rejoice about.

Not so for Peshawar. For its residents, one December five years ago is forever etched on their hearts and in their memories. For them, one winter never really gave way to spring ahead.

As the city of two million marks the fifth anniversary of the 2014 Army Public School attack today, it still struggles to recover from the wounds of the horrific massacre. The air of sorrow that flows through the K-P capital serves as a grim reminder of all the sacrifices the entire province and the country made in the war against terror. 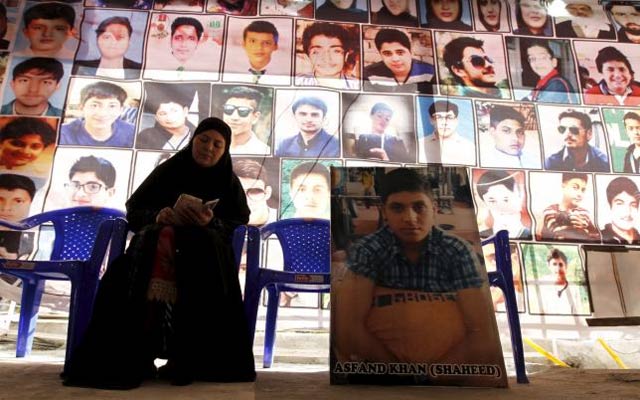 Shahana Ajoon, mother of Asfand Khan, sits beside a picture of her son in Peshawar, Pakistan December 11, 2015. PHOTO: REUTERS

Peshawar has found itself stuck in the crossfires of proxy wars since time immemorial. However, to those whose memory serves right, there is also a certain recollection of a glorious past when the city served as a gateway to Central Asia.

The historical city thrived over trade and tourism for decades, but things changed rapidly in the days following the 9/11 attacks, eventually leaving the city riddled with bullet holes and bomb craters. “Those were the days when one would leave their homes for work and have no guarantee of returning safely. There could be a blast anywhere at any time,” recalled Khalid, a resident of Peshawar.

Even so, nothing could have ever prepared the Khyber-Pakhtunkhwa capital for December 16, 2014, when six Taliban gunmen massacred over 149 students and staff members at the Army Public School.

“We had been accustomed to carrying our loved ones to the graves, but it was the tiniest of coffins from APS which were the heaviest to lift,” said Mushtaq Khan, a public school teacher from Peshawar. “There is grief and sorrow in every corner of the city at this time of the year; since 2014, December is the most sorrowful month in Peshawar,” he added.

For Mushtaq and other residents of Peshawar, the wounds of the APS massacre are still fresh and the memories still as haunting as five years ago. However, behind the heartache, there’s resilience that binds the city together and empowers the people of Peshawar to draw strength from their sorrows and to stand tall in the face of calamity, as they have for the past five years. 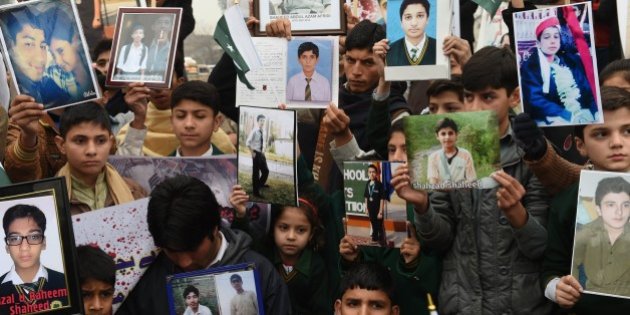 “APS was no different from the Karballah and we salute the courage of the APS parents and their children, whose sacrifices for the country will always be remembered with pride,” said Idrees Khan, a government employee while talking to The Express Tribune.

Khan believes the APS attack did not only affect Peshawar but rattled the entire country and mobilised the people of Pakistan to come together and demand peace and tolerance. “Today, we must remember that it is because of the sacrifices of APS martyrs that the nation has united to eliminate terrorism and we’re hopeful that better days will follow like the sunshine that follows rain,” he concluded wiping the tears streaming down his face.