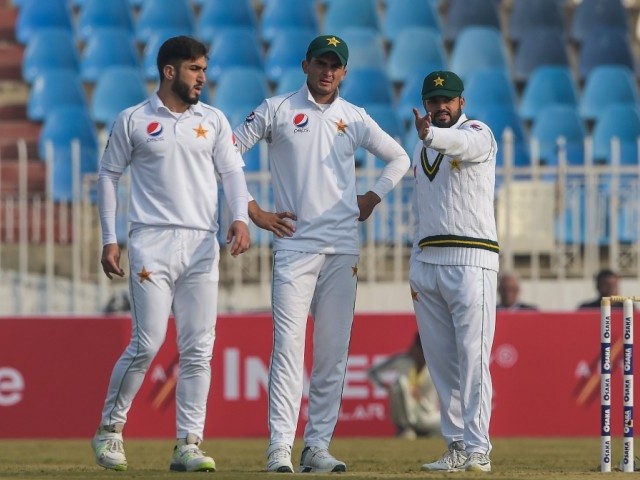 Back when Mickey Arthur joined Pakistan as the head coach, he was coming after coaching teams with some of the best pace attacks in the world — Australia and South Africa. The South African started off his Test coaching spell at Pakistan with some really strange decisions of fielding pacer upon pacer on dry UAE pitches.

But Misbah knew all of this even before Rawalpindi became set to host the first Test between Pakistan and Sri Lanka, the return of the longest format to the country after nearly 10 years. Everyone was sure that Yasir will be in the squad and also in the playing eleven without any doubt. However, him being asked to sit out of the first Test was nonsensical at every level, some might even say ridiculous.

However, it happened! Yasir was not in the playing XI on Wednesday and the most valid reason for the omission of the star leg-spinner was the overhead cover of clouds. Another reason may be the Pindi pitch itself which helps pacers, as we’ve heard, but still leaving the centurion in Australia out was unbelievable.

Pakistan started the Test in Rawalpindi with four pacers. Mohammad Abbas, Shaheen Shah Afridi, teen pace sensation Naseem Shah and a debutante Usman Shinwari. The only spinner of any sort was Haris Sohail who bowled only one over till tea was taken on day one.

Why Asad Shafiq should have been Test captain over Azhar Ali

Funnily the only other bowler who threw the ball towards the batsman on day one apart from the four pacers was opening batsman Shan Masood.

The first session showed why Pakistan misread the plot as Sri Lanka went on to score 89 without losing any wicket courtesy captain Dimuth Karunaratne’s fifty.

The bowlers brought Pakistan back into the game with four wickets in the second session and a solitary fifth wicket in the last session as Misbah must have let out a sigh of relief. The trick was bowling length and relying on the pitch to assist the movement of the ball. Four out of five wickets saw length deliveries either flying off edges or crashing the stumps due to movement off the pitch. Also, the pitch showed awkward behaviour too with a few balls keeping low.

Amidst all the drama of who played and who not, there was once again a familiar name who was asked to sit out the Test.

Fawad Alam, the left-handed unorthodox batsman, a legendary name in domestic and first-class cricket, had to watch from the balcony as Test cricket returned to Pakistan.

After the 34-year-old was named in the squad, everyone was optimistic that the veteran will finally find a consistent spot in the Test playing XI, however, it became pretty evident that he was only named to fend off the pressure and not to help Pakistan’s cause in the longest format.

A struggling Haris Sohail was asked to hold the number five spot while Pakistan (read Misbah), who were experimenting with Azhar Ali, the captain, as an opener on an all-important Australia tour, suddenly brought him back to his usual one-down position.

Abid Ali was asked to debut with Masood as opener, while the usual suspects Babar Azam, Asad Shafiq and keeper-batsman Muhammad Rizwan made the rest of the batting line-up.

All in all, after the Umar Akmal, Ahmed Shehzad returning to main teams fiasco, the losses against Sri Lanka in T20Is at home, the Sarfaraz Ahmed firing drama, the demoralising defeats on Australia tour, Misbah can now proudly add the first Test’s antics to his cabinet which may assumingly and amusingly be labelled ‘Uncalled for, forced and weird decisions’.