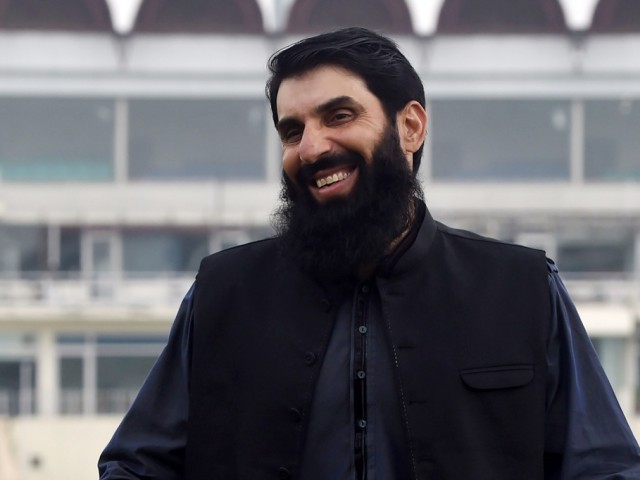 Pakistan’s head coach-cum-chief selector, who is also the batting coach of the team (let’s catch our breath first) Misbahul Haq named on Monday the two squads which will go to Australia for the national team’s next assignment. The squads have been stuffed up with young players alongside the Test and T20I regulars.

A closer inspection of the T20I squads shows that there are five pacers and two spinners in it. Meanwhile, a batting order, led by captain Babar Azam includes Fakhar Zaman and Imamul Haq as openers, while in the middle-order Haris Sohail, Asif Ali, Iftikhar Ahmed, Imad Wasim and Khushdil Shah have been named.

And as per PCB’s forward-looking (more like Sarfaraz Ahmed-snubbing) policy, Muhammad Rizwan will be keeping the wickets for the Men in Green in Australia in both formats.

Now, on paper, the T20I squad promises a lot. However, against an Australia side, which recently found its mojo back courtesy the returns of Steven Smith and David Warner, the squad will have to do more than just promise potential. They will have to deliver on the ground.

So where is the problem?

Firstly, the batting department looks heavily reliant on out-of-form openers, and constantly failing big-hitters (Asif, Iftikhar and Imad). The only ray of hope is the duo of Babar and Haris, who, at the expense of being brutally honest, are not players that can help you score past 200 in 20 overs.

And when it comes to bowling, the pace battery looks exceptionally potent on paper. However with Muhammad Amir and Wahab Riaz nearly assured of their places in the starting XIs, the question remains that will everyone get a chance to play?

The only possibility is if Pakistan play four pacers and one spinner (Shadab), while the upper, batting order then follows the two openers, two middle-order batsmen, and two lower-order hitters formula. This pits Asif, Imad and Iftikhar against each other as one of them will surely miss out. Also, where does Khushdil Shah fit in then?

However, if Pakistan go with three pacers, and then Shadab and Imad, then there is no reason to name five pacers in the squad. How does Misbah think that, “Australian conditions will present Irfan with the opportunity to excel”. And if he does make it into the teams, then will the 19-year-old prodigy Musa Khan and Muhammad Hasnain miss out?

Another option, which may sound very un-Pakistan-ly is that they field three different combinations in as many T20Is, which, with Misbah at the helm, sounds impossible.

So, will youngsters sit out and learn from the stands while the veterans take on the mighty Aussies, or will Misbah take the gamble and prefer the youngsters over mainstays? We’ll see that come November.

First of all, why is Azhar Ali the Test captain? But in Pakistani batting legend Muhammad Yousuf’s words, “The PCB does what it wants to. They don’t listen to any one.” So let’s move on from that.

The squad once again show that for just two-Tests, naming so many alternatives is not a good idea since none of the youngsters or promising talent or comeback-ers will be able to make it into the squad if we are planning to beat Australia.

Snubbing Fakhar and bringing in Abid Ali to partner with Imam looks like a masterstroke. But he’ll always have the fear of Shan Masood replacing him. To be or not be (selfish) then becomes the real question. Care about the team, or care about yourself, difficult choice right?

But from there onward, Misbah is destined to play safe by including Azhar, Babar and the ever-reliant Asad Shafiq in the middle-order. The sixth man in is definitely going to be Rizwan, since every team needs a wicketkeeper (obvio!).

All this and you are still left with Haris Sohail and Iftikhar Ahmed on the sidelines.

In the bowling department, once again the selection of youngsters or people making comebacks was overdone.

The irreplaceable Yasir Shah, the on-song Mohammad Abbas and the tried-and-tested Shaheen Shah Afridi don’t leave much room for Musa and 16-year-old Naseem Shah to open their wings and prove a point in Australia. And when all is said and done, will the 33-year-old Kashif Bhatti be able to get a spot in the team? Not if Yasir is there.

Bhatti’s age reminds me of another 34-year-old, a batsman, a consistent performer and a perennially rejected cricketer. Let’s not name him, can you guess who?

After you’re done naming him, for a second stop, let the squads sink in and then remember that this is the first time Pakistan will be under the captaincy of someone else other than Sarfaraz after a long time.

Then think, if Pakistan win, it will be because there was no Sarfaraz. And if Pakistan lose, which will be the case probably since our greatest teams of 90s have never won in Australia, then Misbah gave a chance to youngsters.

Safe as ever! Well played Misbah.

Misbah opens up on Sarfaraz’s removal from captaincy