Premie­r did not have any proof relate­d to actor financ­ing the enviro­nmenta­l catast­rophe
By Entertainment Desk/ Reuters
Published: November 30, 2019
Tweet Email 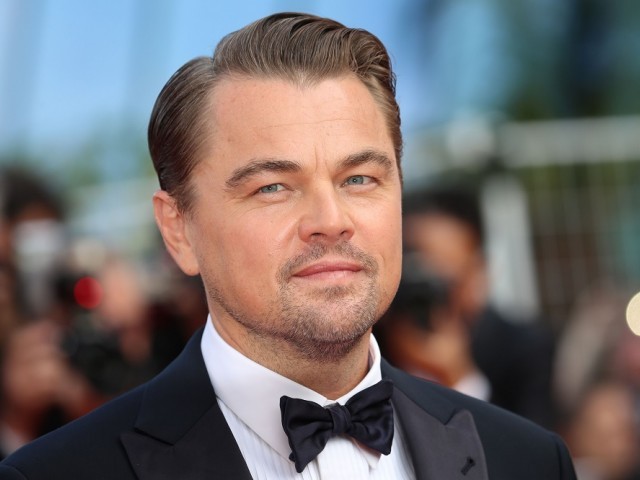 US actor Leonardo DiCaprio poses as he arrives for the screening of the film "Once Upon a Time... in Hollywood" at the 72nd edition of the Cannes Film Festival in Cannes, southern France, on May 21, 2019. (Photo by Valery HACHE / AFP)

Bolsonaro appeared to be commenting on social media postings claiming that the environmental organisation World Wildlife Fund (WWF) had paid for images taken by volunteer firefighters that it then supposedly used to solicit donations, including a $500,000 contribution from DiCaprio.

The WWF has denied receiving a donation from DiCaprio or obtaining photos from the firefighters. “This Leonardo DiCaprio is a cool guy, right? Giving money to torch the Amazon,” Bolsonaro said on Friday during brief remarks in front of the presidential residence.

DiCaprio refused having donated to the WWF. In a statement, the actor lauded “the people of Brazil working to save their natural and cultural heritage.” But, he said, “While worthy of support, we did not fund the organizations targeted.”

The actor has been an outspoken advocate on behalf of combating climate change, speaking frequently about environmental issues including the Amazon forest fires. His Leonardo DiCaprio Foundation, which is focused on projects that “protect vulnerable wildlife from extinction,” is part of the Earth Alliance.

Four members of the non-governmental organisation (NGO) Alter do Chão Fire Brigade were arrested on Tuesday with police accusing them of purposefully setting fires in order to document them and drum up more donations. They were released on Thursday on a judge’s order.

Politicians and other NGOs fiercely criticised the arrest, saying it was part of a concerted attempt by Bolsonaro’s government to harass environmental groups.

Scientists and activists blame land speculators, farmers and ranchers for setting the fires to clear land for agricultural use, saying that deforesters are being emboldened by Bolsonaro’s rhetoric of promoting development and farming over preservation.

The Amazon rainforest is considered a bulwark against global climate change. Bolsonaro has repeatedly lashed out at various factions in casting blame for the forest fires. In a Facebook live post on August 21, he said, “Everything indicates that NGOs were going to the Amazon to set fire to the forest.” When asked then if he had evidence to back up his claims, Bolsonaro said he had no written plan, adding “that’s not how it’s done”.

One day later he admitted that farmers could be illegally setting the rainforest ablaze, but roughly a month later he attacked the “lying media” for saying that the rainforest was being devastated by the fires.

Bolsonaro talked about DiCaprio on Thursday during a live webcast. The president said the WWF paid the firefighting NGO to take pictures of forest fires in the Amazon.