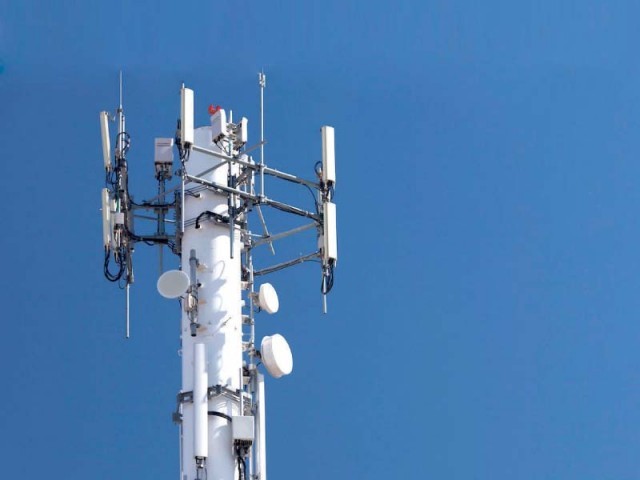 Etisalat has management control over PTCL and any plan to make the company more vibrant would only be possible with support of the former. PHOTO: FILE

ISLAMABAD: The government has decided to review the business model of Pakistan Telecommunication Company Limited (PTCL) besides giving another push to efforts for recovery of outstanding $800 million from Etisalat – a UAE company that has management control over PTCL.

Adviser to Prime Minister on Finance Dr Abdul Hafeez Shaikh chaired the inter-ministerial committee meeting, constituted by the prime minister to discuss and resolve the issues related to PTCL privatisation, according to a statement issued by the Ministry of Finance.

The meeting discussed various options to make PTCL a vibrant company aimed at enhancing its revenues, which were not growing at a rapid pace, said a government official after the meeting.

The discussions focused on merging Ufone – a subsidiary of PTCL – either with PTCL or another telecom operator, he added. Etisalat – the Dubai-based 26% shareholder in PTCL – has management control and any plan to make the company more vibrant would only be possible with the support of Etisalat.

PTCL’s revenues for January-September 2019 stood at Rs53.77 billion against Rs53.55 billion in the same period of last year, according to the company’s balance sheet. Its gross profit stood at Rs13.1 billion for January-September 2019, down from Rs13.7 billion. The senior government official said the market share of Ufone had declined to 13.5% from 22% and it incurred annual losses of around Rs4.5 billion.

The meeting also discussed the technical service agreement (TSA) with Etisalat. Pakistan has not been implementing the TSA since 2014 and blocked the annual technical service assistance fee after Etisalat withheld the privatisation dues.

The company’s balance sheet showed that PTCL owed Rs20.2 billion to Etisalat till September 2019 on account of the fee.

The meeting discussed both the possibilities, of either terminating or renewing the TSA, after some stakeholders objected to the unending nature of the agreement.

In July 2005, Etisalat bought 26% shares in PTCL with management control at a price of $2.6 billion. After knowing that the second lowest bid was actually $1.4 billion, the UAE-based firm tried to backtrack from the offer.

Then privatisation minister Abdul Hafeez Shaikh lured the company by offering it to make an initial payment of $1.4 billion and the remaining amount in nine installments until September 2010.

Moreover, the government committed to transferring the properties owned by PTCL to Etisalat. The payment of the technical fee was also part of these incentives.

Shaikh on Thursday called for early resolution of all outstanding issues with Etisalat and asked the stakeholders to finalise proposals in the next couple of weeks, according to the finance ministry.

During the meeting, the adviser was given a detailed briefing on the issues concerning the transfer of properties to Etisalat and the pending payments to be made by Etisalat.

The adviser called for greater efforts to resolve the outstanding issues in a smooth and amicable manner and asked the government to contact the senior management of Etisalat to consider its viewpoint and decide the unresolved issues at the earliest as any further delay was not in the interest of both the parties.

Pakistan served a second shortfall notice to Etisalat in September 2015, informing the company that it could not transfer the remaining 33 properties and that it would have to pay the outstanding dues by adjusting the value of these properties, according to the privatisation secretary.

According to Pakistan’s assessment, the value of these properties was not more than $88 million. But according to the agreement, the highest value determined by any of the two parties would be the final price of the properties.

The meeting was informed that Etisalat was expected to give its final response on the valuation issue within two weeks.