Says it will deplet­e compan­y’s cash flow; asks govern­ment to bear the cost
By Zafar Bhutta
Published: May 29, 2019
Tweet Email 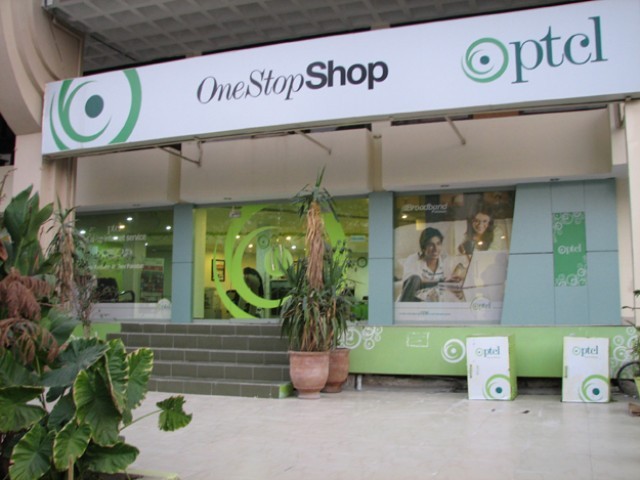 A photo of a PTCL outlet. PHOTO: PTCL

“Funds have to come from somewhere and our trust has deliberated that the cost (Rs40 billion) should be borne by the government of Pakistan,” Syed Mazhar Hussain, PTCL Chief Human Resource Officer and PTET Board Chairman, informed the sub-committee of the Senate Standing Committee on Information Technology and Communication. The meeting was chaired by Senator Engineer Rukhsana Zuberi.

Hussain emphasised that payment of Rs40 billion to the pensioners would have an immediate impact and requested the parliamentary panel to give a practical solution to the issue.

The PTET board argued that the company’s cash flow would be depleted if they paid pensions from the available funds. It was of the view that the government should give an undertaking that it would provide the funds because of being the guarantor if the funds were depleted following payment to the pensioners.

Sub-committee members also said the government had given a sovereign guarantee and, therefore, it should bear the cost if the funds were depleted following payments to the PTCL pensioners.

Senator Kalsoom Parveen pointed out that Etisalat, the owner of PTCL, was not paying arrears to Pakistan and “we were considering approaching the country to request for pension payments to the retired employees.”

The retired employees got a raise in pension in 2008 and 2009 in line with the government’s policy, but rules were changed in 2010 to deprive them of the actual hike, the committee members noted.

It was also observed that PTET was formed to safeguard the interest of pensioners but it was not playing its due role. The committee recommended that PTCL should pay the pensioners and an implementation committee was constituted in that regard.

The committee was told that PTCL had paid pensions to only 34 pensioners following litigation in court.

The parliamentary panel was also informed that PTET had suffered a loss of over Rs400 million by investing funds in the stock market. The role of PTET was to disburse pensions among PTCL pensioners but it invested in the stock market and suffered a heavy loss of around Rs408 million following a drop in share values on the bourse.

“You cannot invest in the stock market and we will send a case to the National Accountability Bureau (NAB) or the Federal Investigation Agency (FIA) if you do not give full details of investment in the stock market,” Senator Rehman Malik told the PTET management.

The sub-committee asked what procedures were adopted to make investment in the stock market.

The PTET managing director said the investment was made in a mutual fund being run by National Bank of Pakistan (NBP) and PTET board of directors had granted permission for investment.

“We will summon the National Bank of Pakistan (NBP) president if you don’t give a proper reply,” Senator Malik said, adding that the case looked like that of a case of the Employees Old-age Benefits Institution (EOBI). The committee sought a detailed report in that regard.