As per the law, the pro-chance­llor must be a cabine­t member, which Khuhro is not
By Safdar Rizvi
Published: November 6, 2019
Tweet Email 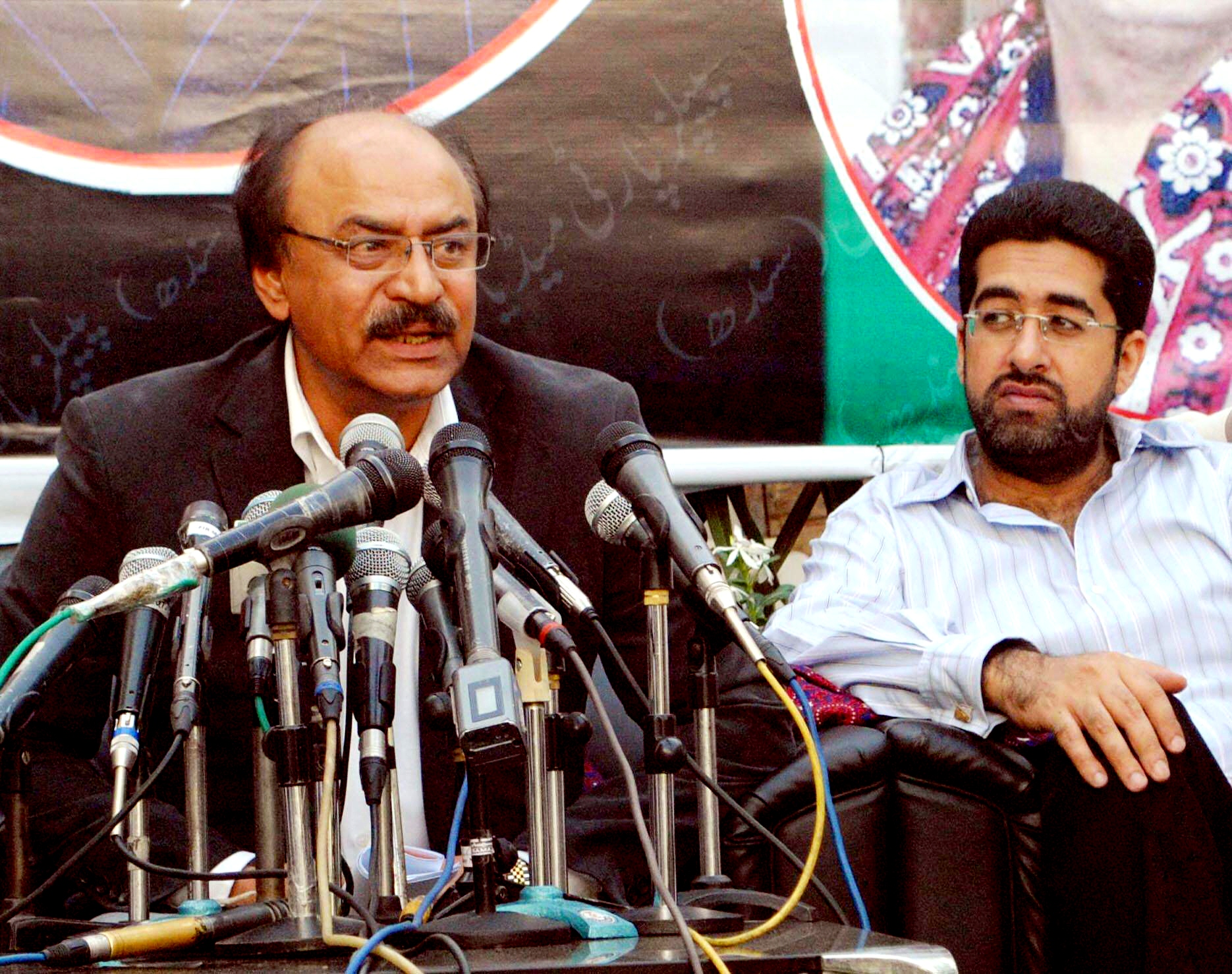 KARACHI: The Sindh government has appointed Nisar Ahmed Khuhro as the pro-chancellor of all public universities in the province, raising concerns of further irregularities in an already mismanaged sector.

Khuhro, who is currently the Pakistan Peoples Party’s Sindh chapter president, was earlier disqualified by an election tribunal for not declaring property, a wife and a daughter.

The move is in clear violation of the Public Universities (Amendments) Act 2018, which mandates that the pro-chancellor  must be a cabinet minister to assume the position.

Khuhro will now be serving as the pro-vice-chancellor of all public universities of Sindh, including varsities specialising in engineering, technology, business and law, the notification stated, while referring to Khuhro as a minister for universities and boards, rather than an adviser.

In Sindh, public universities turn to private banks for loans

The PPP Sindh chapter president has replaced former pro-vice-chancellors, Sardar Ali Shah and Nasir Hussain Shah, both of whom assumed the powers of ministers after being elected as members of the provincial assembly.

According to the Public Universities (Amendments) Act 2018, the incumbent pro-vice-chancellor must be a ‘cabinet minister’ and not an ‘adviser’, which implies that only an elected MPA, who has been appointed as a minister, can take up the position.

Meanwhile, Nisar Ahmed Khuhro, who is currently only an adviser and does not hold the office of a provincial minister, has been chosen as the pro-chancellor with the approval of the chief minister of Sindh and after the issuance of formal notification by the secretary of Universities and Boards Department of the provincial government.

Earlier, public universities of Sindh, being set up and governed under separate acts, had a joint pro-vice-chancellor who happened to be the provincial education minister. After the promulgation of the Public Universities (Amendments) Act 2018, however, the role was given to the cabinet minister, with no mention of an adviser anywhere in the act.

When contacted, Khuhro’s spokesperson, Shakeel Memon, said that Khuhro has been regularly invited by the provincial cabinet in its meetings, therefore, based on his status, he has been given the charge of pro-vice-chancellor of public universities in Sindh.

“According to the Public Universities (Amendments) Act 2018, there is no mention of an elected or non-elected minister, therefore, Nisar Ahmed Khuhro has been appointed as the pro-vice-chancellor.”

Meanwhile, the Sindh Higher Education Commission (HEC), after holding a one-time meeting, has hastily issued a notification related to the appointment of its representatives to the board of governors of all private universities and higher educational institutions of Sindh without making any amendments to the relevant Act of the provincial assembly.

Per the notification, a copy of which is available with The Express Tribune, the appointed representatives will be able to participate in meetings of the boards and hold the power to influence policymaking and legislation of the universities.

Sources say that the representatives would be inducted in the boards of 31 universities and degree-awarding institutions of Sindh and will comprise civil servants of the provincial government, vice-chancellors of public sector universities and a few individuals from the private sector.

According to the chancellor of a renowned private university in Sindh, the provincial HEC has sent a notification and a list enclosed with it to the varsity administration. The notification refers to Sindh HEC’s eighth meeting held on July 15, 2019, in which it was decided that some people have been nominated to represent the provincial HEC in the boards of private universities and degree-awarding institutes.

All universities will be required to invite the nominated HEC representatives to their board sessions, the notification reads, adding that a copy of the invitation for board meetings must also be forwarded to the Sindh HEC.

According to the rector of another private university, the composition, power and structure of the board of governors are specified in the constitution of all universities which becomes law after formal approval of the provincial assembly. The constitution is prepared as per the guidelines of the federal HEC and includes provisions for sponsoring bodies of the university, along with names of its financiers, HEC chairman, chief justice of SHC or his nominee, secretary education, president of the chamber of commerce, rector or VC of the university as well as renowned academicians or people from civil society.

Since the composition of the board is pre-approved by the assembly, there is no way that the representative of any other body or authority can be inducted in the board without necessary legal amendments. Hence, Sindh HEC appears to neglect the fact that the inclusion of any representatives of HEC would defeat the purpose of the constitution or charter of the university and invalidate the decision taken thereon.

Deputy Director Administration of Sindh HEC Khalid Hussain Mehr said that private universities were established after the approval of the acts by the Sindh Assembly.

“The acts clearly state the word secretary education to refer to the government’s regulatory body, which implies secretary of universities and boards. The Sindh HEC has nominated its representatives for boards of private universities after a formal meeting of the commission,” Mehr said.

He added that the representatives permitted to attend the meetings of the board of governors of the private universities comprised vice-chancellors of various public sector universities as well as some private individuals. However, he could not furnish a satisfactory answer as to why HEC had not inducted the universities and board secretary for the purpose. Mehr, however, admitted that there has been no amendment in the Universities Act for the purpose.