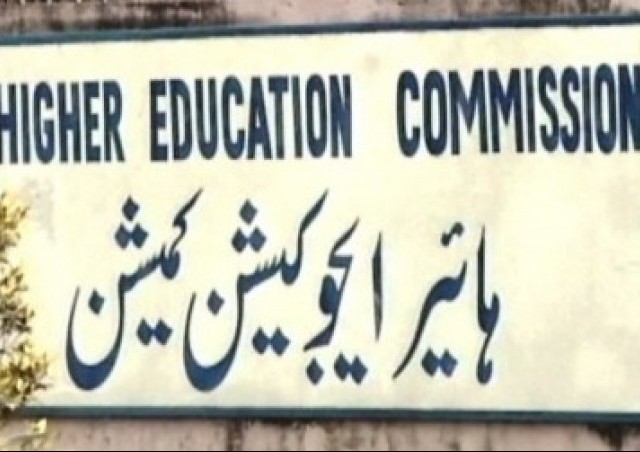 KARACHI: The Higher Education Commission of Pakistan (HEC) has decided to reduce the non-developmental grants for public universities by 10 per cent while also placing a ban on the procurement of assets and freezing the appointments of non-teaching staff. Citing the ‘extraordinary’ cuts in the 2019-20 Annual Recurring Grant along with other hurdles, the commission has asked public universities to adopt austerity measures to deal with cuts. Besides, HEC has suggested the universities seek financial cooperation from provincial governments to handle the on-going financial crisis.

Speaking to The Express Tribune, HEC Chairman Dr Tariq Banuri confirmed that there has been a reduction of about 10 per cent  in universities’ grants.”The HEC was already undergoing budget constraints, therefore, it was necessary to further reduce universities’ grants,” Banuri said. According to sources, in a letter sent to degree awarding institutes, the HEC stated that it is undergoing ‘historic reduction in the non-development grant for 2019-20, therefore, slashing public universities’ grant had become inevitable. As a result of the reduction in the grant, universities are facing an additional financial burden because the government has also announced increases in the salaries of government employees.

The letter advised the universities to cut its administrative expenses by imposing a ban on the procurement of physical assets like machinery, computer and other equipment, while also recommending temporary bans on the hiring of new non-teaching staff. The commission also suggested to the universities to start a “fund-raising programme” so that alumni, industrialists and business persons can donate money to the varsities.

The University of Karachi – the biggest university of Pakistan in terms of enrollment – has been allocated a grant of Rs1.8 billion, reduced from Rs2 billion a year earlier. As a result, Karachi University is facing a reduction of almost Rs185 million in its non-development grant for the financial year 2019-20, while its annual expenditure is about Rs4.5 billion. The HEC has allocated Rs1.7 billion to the varsity to take care of its general budget, while a total of Rs72 million has been set aside for scholarship programmes.

As for NED University of Engineering and Technology, its grant has been reduced from Rs1.27 billion to Rs1.06 billion. Owing to the budget cuts, NED University is facing a reduction of Rs184 million in its share of grants. The HEC has allocated Rs995.6 million for the university’s general budget while Rs66.64 million have been allocated for scholarships.

According to the annual budget presented in the Senate session, the annual expenses of the varsity in the previous financial year stood at Rs2.7 billion. Per sources, the university needs an additional Rs30 million per annum to pay the salaries of its teaching and non-teaching staff after the proposed pay raise mentioned in the budget. According to the budget document, NED will spend more than Rs1.6 billion to pay salaries and allowances to its staffers, where pensions account for almost Rs460 million.

Other expenses amount to Rs905 million whereas the university needs almost Rs3 billion to take care of its non-developmental expenses.

HEC Chairman Banuri added that the commission is aware of the financial difficulties that public universities are facing because of the government’s decision to give pay raises to government employees as well as the fluctuating exchange rates.”We are talking with the government for supplementary grants while also negotiating with the education minister, the finance minister and the financial adviser,” he explained. “We are optimistic that there will be a positive outcome from the negotiations.”