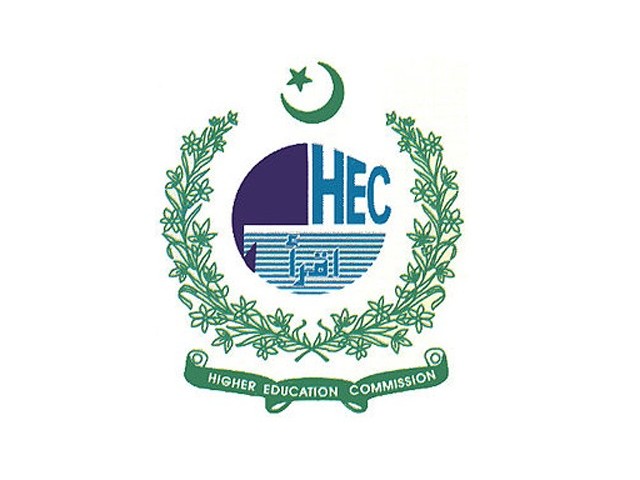 KARACHI: After cuts in the federal allocation for higher education in the 2019-20 budget proposal, the HEC has decided to stop providing funds to new public varsities. The universities will, however, still be provided NOCs for admissions from the HEC.

HEC Chairman Dr Banuri confirmed to The Express Tribune that no funding will be provided to the new universities. He said that money is tight to fund the operations of existing universities, which makes it even harder to set aside funds for new ones.

While talking to The Express Tribune, Sufism University VC Dr Perveen Munshi said that although the HEC has issued an NOC for admissions, it gave no grant, while the provincial government has allocated Rs1 billion.

Dr Munshi, who is also looking after the affairs of Begum Nusrat Bhutto University, was critical of this move by the HEC, saying that old universities are provided billions of rupees, which leaves no budget for the new universities.

Government College University Hyderabad Acting VC Dr Nasiruddin Sheikh also confirmed to The Express Tribune that no funds had been allocated by the HEC or the provincial government for the upcoming fiscal year. He said he had tried to meet the Sindh chief minister to discuss the issue, and had discussed it with the Universities and Boards secretary, but the meetings were fruitless.

The federal government drastically reduced funding for the HEC this year, with overall cuts amounting to Rs18 billion, although Rs13 billion have been allocated for ‘knowledge economy’. HEC sources told The Express Tribune that in the ongoing financial year 2018-19, the federal government had allocated Rs45 billion for the HEC’s non-development budget, but later cut that to Rs37 billion.

Conversely, an HEC official, on condition of anonymity, told The Express Tribune that the commission had only spent 50% of the amount allocated for development projects, leaving around Rs18 billion unspent.

The source said this was later used by the government to justify the reduction in the HEC’s development budget. The official said that only Rs4 billion has been allocated for new schemes in the upcoming year, while Rs24 billion has been set aside for ongoing schemes.

Speaking to The Express Tribune, HEC Chairman Dr Banuri rejected the claim that the HEC had only managed to spend half of its development budget. He said that the statement was misleading as the federal government did not release the full amount. He said that only Rs18 billion was actually given to the commission, while the remaining budget was not released due to the state of the national economy. In reply to a question, he said the HEC had demanded Rs103 billion from the federal government for recurring grants to public universities, but only Rs59 billion has been marked for the non-development grant. “We have asked the VCs of public universities to increase fees to fill the budget deficit while also banning new hiring,” he said.

Meanwhile, the PM’s Task Force on Science And Technology Chairman Dr Attaur Rehman, who is also a former HEC chairman, justified the funding for the promotion of a knowledge economy by explaining that the concept is linked to industries, agriculture, science and technology, primary and secondary education and higher education. He said that there will be different projects which fall in the domain of ‘knowledge economy’, but there is no separate ministry for it. He added that at the start of the project, he had demanded a budget of Rs30 billion, but was only allocated about Rs13.5 billion.