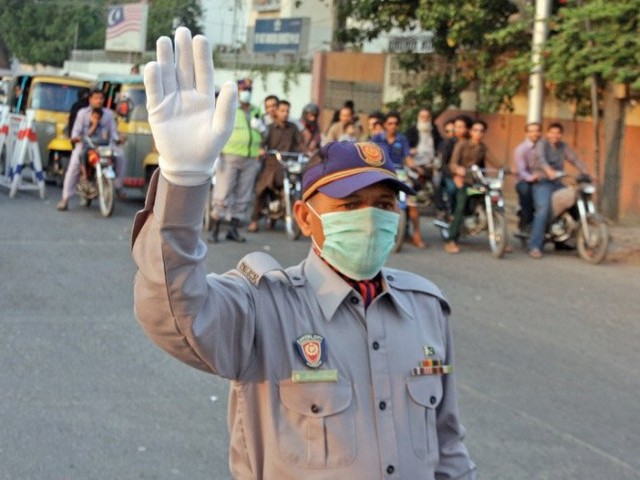 LAHORE: Commuters faced a lot of inconveniences caused due to the diversions by the City Traffic Police Lahore (CTPL) as part of the security plan for Pakistan-Sri Lanka cricket match at Qaddafi Stadium, protests in the city and development work on important roundabouts.

The international cricket team is staying at a private four-star hotel on the Mall Road. The thoroughfare has been closed from Davis Chowk towards the Governor House Chowk on one side of the Mall Road.

For the security during matches at Qaddafi Stadium, no vehicular traffic will be allowed from Kalma Chowk towards Ichra. It was also stopped from Gulberg Centre towards Liberty Roundabout.

Besides, protests were reported on Civil Secretariat Chowk and Dubai Chowk, Raiwind Road.

Development work is also going on near Do Moria Bridge on the road from Railway Station towards Minar-e-Pakistan.

All these are important thoroughfares and roundabouts. The road closure and diversions at these points led to traffic congestion and a nuisance to the public. Bumper-to-bumper traffic and blockade for hours were reported in the city.

The blockade on the Mall Road cause pressure on Davis Road and Press Club Chowk that ultimately worsened during school hours as Queen Marry College, Convent of Jesus and Marry and other educational institutes are located there.

The blockade at Civil Secretariat caused traffic congestion at Istanbul Chowk and Bhatti Chowk towards Katchery. Similarly, the massive traffic jam was observed at Do Moria Pull as it served as one of the points in the city at peak hours used for an exit point of the city and situated on a strategic location surrounded by industrial and transport hubs.

The blockade on Ferozpur Road had caused pressure on Wahdat Road and blockade at Gulberg Centre point which resulted in pressure on adjacent roads.

The travellers remained stuck for the time taken than usual.

Afzal Bashir, a commuter, told The Express Tribune that he used Ferozpur Road to travel back home. However, due to blockade, he was forced to use multiple roads including Wahdat Road, Maulana Shaukat Ali Road to reach his home situated on Ferozpur Road near Arfa Karim Tower. Similar views were expressed by other travellers.

To respond to the situation, the CTPL had chalked out a comprehensive traffic plan. It had specified parking areas for the citizens during the cricket matches.

Moreover, motorcycle rickshaws, auto-rickshaws and vehicles with LNG, LPG or CNG were prohibited in the parking areas. Only those participants who carried their valid T-20 Match tickets along with their original CNICs were allowed to move towards the stadium.

MCL to maintain all city streetlights