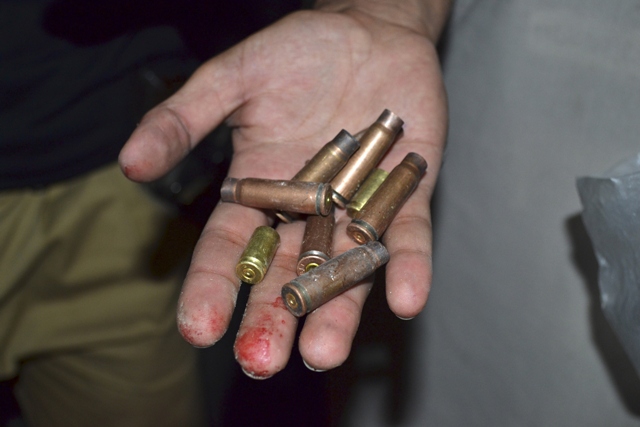 KARACHI: After a brief hiatus, police personnel in Karachi seem to be on the target again as another traffic police official was shot dead in broad daylight on Wednesday. The incident occurred at the intersection between Ahsanabad and Surjani Town, where the victim was on duty at a police check post.

The slain official, identified as 55-year-old Muhammad Rafique Panhwar, was posted to the Gulzar-e-Hijri Traffic Section and was on patrol duty when unidentified assailants on a motorcycle opened fire at him, before speeding off.  The victim was shot at least 15 times and died on the spot. Police claimed to have recovered at least 18 bullet casings of a 9mm pistol from the scene. The victim’s body was later transported to his native town, Naushero Feroze for burial.

Speaking to The Express Tribune, SSP Shiraz Nazir confirmed that the on-duty sub-inspector was attacked by two gunmen on a motorcycle. “The attackers fled after shooting the police official,” said the SSP.

All of the attacks on Sindh Police were claimed by the proscribed outfit, Ansarul Sharia Pakistan. The victims included one deputy superintendent, one sub-inspector, three assistant sub-inspectors, four head constables and 15 constables.

The worst months were July and August of last year when 10 police officials were killed in targeted attacks. Forensic analysis of the evidence gleaned from the crime scenes confirmed that the same group was behind all the attacks.