Police have exerci­sed use of force with impuni­ty since their incept­ion in 1860s
By Muhammad Shahzad
Published: October 1, 2019
Tweet Email 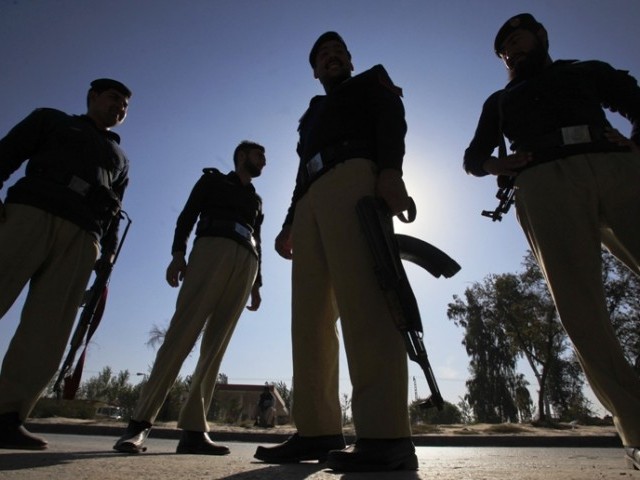 LAHORE: The recent uproar in bureaucratic circles of the Police Service of Pakistan (PSP) and the Pakistan Administrative Services (PAS) on recent reforms proposals is nothing more than a tug of war between the elite of the two departments.

It has nothing to do with the police reforms and this is evident from the focal points of the debate and contradictions which emerged from meetings between the top brass of the Punjab police and government representatives during the last week.

A similar meeting of the PSP cadre was also held recently at the Punjab Safe Cities Authority Lahore, while a moot of the provincial government was planned on Monday.

The debates in all these meetings have been more focused on who is going to take control or a supervisory role rather than improving service delivery mechanisms or departmental capability.

Before we look into the reforms paradigm, we need to have a cursory look at the history of the genesis of the department.

Punjab Police, with minor deviations, is the continuation of the force established by the colonisers, the British, during 1861, just four years after the failure of the great war of Independence 1857.

The sole purpose, as defined by authentic historians, was to crush the remnants of mutiny and prospects of any mass uprising. The thesis is substantiated by the historical role of the department in dealing with political upheavals during all these times.

The broader outlines of the police department, introduced in the sub-continent, were quite contrary to the same built-in the colonizers own country in 1829, about 30 years prior.

The essence of policing in their own country was service delivery with the model of community policing. Hence, it’s structuring from laws, rules and regulations governing it to departmental organogram to the capacity were synchronized with the purpose of service delivery.

Police were autonomous in their internal working and answerable to the public through democratically elected representatives in case of any misdemeanours. The facilities provided to it were also modernised to make its functioning smooth.

On the other hand, police in the sub-continent were answerable to none, but the deputy commissioner, a representative of the British that enjoyed judicial powers also besides executive authority. He used all these powers in the best interest of crown, preemptively curbing any move that could challenge the rule.

‘Demands for Sindh police stations are replaced by demands for schools’

When it came to departmental structuring, native people were kept out of the ranks in which decisions and policies were made. The rules and regulations (Indian Penal Code, Police Rules, Criminal Procedure Code) were also skewed in favour of authoritative exercises of police.

Raw means of policing were implied. Use of force, predominately torture, were implied for ground-level working. Police have blatantly exercised the use of force with impunity since its inception in the 1860s.

Since independence in 1947, the debate of police reforms has not touched these broader outlines. Police Order (2002), PSP cadre recently is vehemently propagating to implement as a counter move for a recent proposal also does not address these outlines.

The departments’ internal structuring (organogram) was yet the reflection of colonisers hierarchy ie keeping the foot soldiers ie natives out of policy-and decision-making process through the divide of rankers versus PSP cadre.

The penal code (Pakistan Penal Code, Criminal Procedure Code) with minor amendments continued. And, there was no serious debate for the need of changing policing means from raw to modern or in other words capacity building of the department with the aim of service delivery.

The debate also did not encapsulate that police was a tiny part of the Criminal Justice System. It cannot be reformed in isolation with the fundamental changes in closely affiliated departments with it through the criminal justice system.