'Demands for Sindh police stations are replaced by demands for schools'

'Demands for Sindh police stations are replaced by demands for schools' 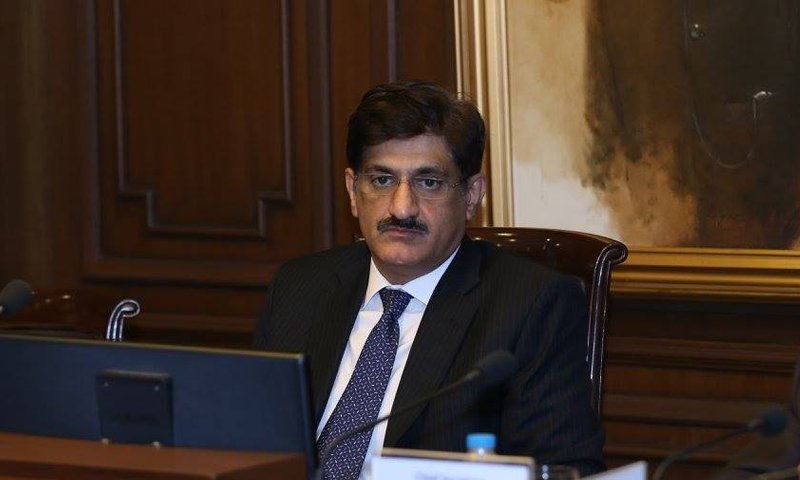 KARACHI: Sindh Chief Minister (CM) Syed Murad Ali Shah has said that he is witnessing a positive change in the people of Sindh as their demands for police stations, water supply and sanitation and irrigation water have been replaced by the demands for the establishment of new schools and up gradation of the existing ones.

“Seeing people’s growing inclination, especially of those belonging to the rural areas, towards education, particularly female education, is surprising,” he said on Tuesday, during the inaugural ceremony of Damba Village Government Secondary School in Malir District. The CM was accompanied by the American Ambassador Paul W Jones on the occasion.

The school has been constructed under the Sindh Basic Education Program (SBEP), initiated with the grant of $155 million, provided by the USAID, to build schools in 10 districts of Sindh. Of the $155 million grant, $81 million has been appropriated for the construction of child-friendly schools in areas affected by the 2010 floods, while the remaining $74 million has been allocated for teachers’ training, community mobilisation, capacity building of education officers, research studies, formulating policies and for providing one-time grants to 300 public schools in the province. The Sindh CM informed the participants of the ceremony that the provincial government has also released $10 million for the establishment of Programme Management and Implementation, for the overall management of SBEP.

He further revealed that of the total 106 schools, planned to be built under the programme, construction of 68 has been completed while the remaining 38 are at different stages of construction. Out of the 68 completed schools, 43 have been handed over to seven Education Management Organisations under the Public-Private Partnership (PPP) model, he said, adding that, the furniture for these schools, however, has been provided by the government. CM Shah said that the construction of these schools was started in November 2013 and the programme has been extended by two years to complete the construction of the remaining 38 schools.

He expressed gratitude and thanked the US government, the American ambassador, American citizens and the USAID team for working with the Sindh government for uplifting education in the province.

Addressing the ceremony, the CM said that about 10 years ago people used to demand police stations for their villages due to the dismal law and order situation, for the construction of new roads and for the implementation of water supply schemes due to the scarcity of drinking water in villages. But nobody ever demanded schools, he added. “It was a depressing phase and it was worrying,” said the CM.

According to him, things have changed drastically now. “Wherever I go now, people demand school buildings, complain about the absence of teachers and specifically ask for the up gradation of existing facilities and construction of new schools for females.”

Expressing gratification, he said, “This is what I wanted. I wanted to witness the thirst for education among the people of Sindh and now they have realised that education guarantees a brighter future for their children.”

Specifically referring to the female students of class eight and nine at the Damba Village Government Secondary School, who hosted the ceremony in three languages including English, Urdu, and Sindhi, the CM expressed pride and said, “I am now confident that our future is in safe hands.” He said that he sees them as “Benazir Bhuttos of the future.”

The American Ambassador, Jones, too addressed the ceremony and expressed happiness over female students in the village confidently speaking in English. He appreciated Shah for taking a personal interest in improving the standard of education in Sindh and said that the US government, as well as American people, will extend support to help improve education in the province. Jones also reinforced the provincial government’s approach to employing PPP model for improving education in Sindh. “This method of school management has produced good results,” he said.

In Pakistan, passion for higher studies costs woman her life