Robber­s, while trying to loot a citize­n, opened fire when they saw police offici­als patrol­ling the area
By ​ Our Correspondent
Published: September 20, 2019
Tweet Email 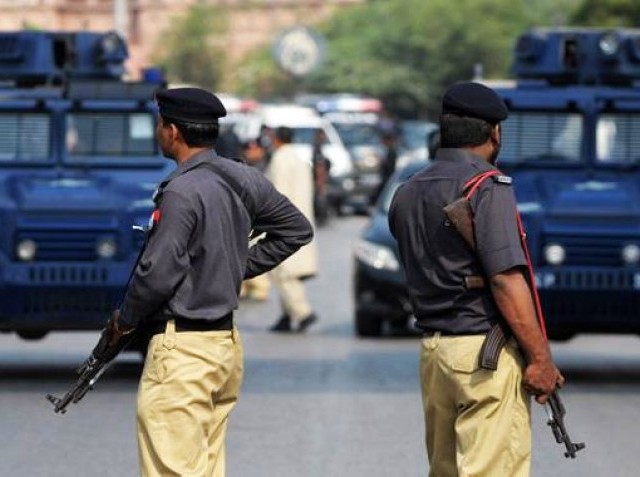 KARACHI: A police constable, deployed at the Nazimabad police station, and two dacoits were killed during an encounter near Eidgah ground in Nazimabad No. 3. The bodies were shifted to Abbasi Shaheed Hospital for medico-legal formalities. Hours after the incident,  a video that went viral on social media showed a police officer shooting the two suspects multiple times at point-blank range as they lay on the ground in an unconscious state. The police official then fled the scene.

Police Constable Syed Zeeshan Mian, belt number 33918, had recently had his nikkah and a marriage ceremony was to follow next month, revealed the deceased’s uncle, Syed Azhar Mian, who is currently serving in Additional IG Ghulam Nabi Memon’s squad. Zeeshan, who used to live near NADRA’s office in Gujjar Nullah, was the middle child among three siblings, he said, adding that Zeeshan had been allotted a family quarter in Nazimabad police line where he intended to live after marriage.

Of the robbers, one has been identified as Basit and another as Habib, both belonging to Khuzdar, Balochistan.

District Central SSP Arif Aslam Rao, along with other police officials, reached Abbasi Shaheed Hospital two hours after being informed of the incident. On reaching the hospital, Rao offered condolence to Zeeshan’s family and assured his family members that they have the police department’s complete support. “Don’t think that you are alone, the police department is with you,” he said.

Talking to the media, Rao said that the killed robbers belonged to a group of six criminals, known as 125. The group has been involved in conducting robberies mostly in District Central, though police have also received complaints of robberies committed by the group from other areas of the city, he informed the media personnel.

According to Rao, police officials were patrolling the locality in light of increasing criminal activities in the area, when they witnessed three robbers, riding two motorcycles, attempting to loot a citizen. The robbers started firing when they saw police officials and as a result, Zeeshan, who too was on a motorcycle, was hit by a bullet in his chest, he said. While he fell down from the motorcycle, other officials fired back at the robbers, of whom two died and one managed to flee, added Rao.