Lyari’s past was armed groups while its future is yet to be predic­ted, say speake­rs at Lyari Litera­ture Festiv­al
By Fatima Sheikh
Published: September 22, 2019
Tweet Email 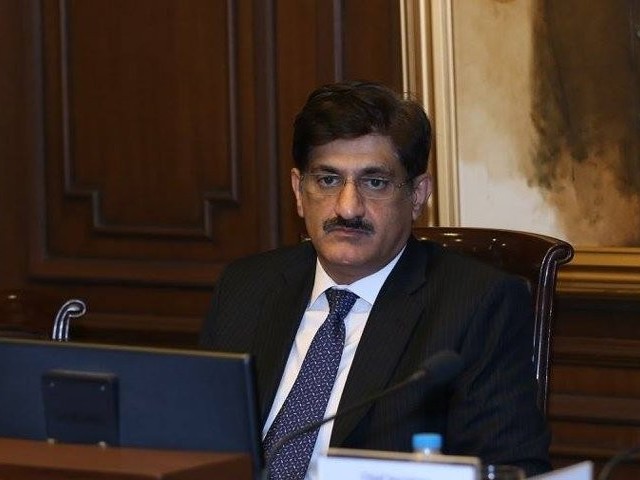 KARACHI: There is no space for Lyari in Karachi’s elitist politics and the current political patterns being witnessed in Lyari are the beginning of the end of the Pakistan Peoples Party (PPP).

These ideas were presented on Saturday by Lasbela University Management and Social Sciences Dean Dr Manzoor Baloch. ‘Lyari and politics: Past, Present, and Future’ was the title of a panel discussion held under maiden Literature Festival in Lyari at Benazir Bhutto Shaheed University (BBSU) Lyari.

The panelists included Taj Haider, a veteran politician associated with PPP, Dr Wahid Baloch, a lecturer of law at BBSU and Prof Nasir Abdullah Singhar, a writer, while Wusatullah Khan, a journalist, moderated the discussion.

‘Demands for Sindh police stations are replaced by demands for schools’

Elaborating on the present politics of Lyari, Manzoor said, “People of Lyari have replaced PPP with Pakistan Tehreek-e-Insaf and Tehreek-e-Labbaik Pakistan.”

Manzoor said that Lyari’s politics is associated with Balochistan’s. However, pure Baloch nationalism can never mix in Lyari as its politics is related to the urban and it is above religious and ethnic grounds.

The dean stated reasons for PPP’s rejection by the people of Lyari. After attracting the public of Lyari on its political slogan of ‘bread, cloth, and house’, PPP took the narrative of Lyari for granted which angered the public and they became rebellious.

Manzoor also focused on the socio-economic policies of PPP which were never based for the residents of Lyari and added to PPP’s failure in the area.

“The party’s politics were liberal but it ignored socio-economic development in Lyari,” said Manzoor.

The dean also differentiated between the politics of the Baloch in Balochistan and Lyari’s Baloch.

“Mastung Bizenjo did politics in Lyari from Balochistan but the area’s politics were more of a grassroots level,” said Manzoor.

Wahid traced the politics of Lyari before the independence of Pakistan with the foundation of the Baloch League in 1931 by eminent people including Khwaja Nooruddin Baloch and Maulana Abus Samad.

“Lyari’s politics is more than one hundred years old when it was a peaceful place with scholars, players, and socially eminent people,” said Wahid.

According to Wahid, Lyari’s people were also affected by the British Raj, like all other Muslims of the Subcontinent, and took part in a freedom movement with other Muslims.

Before the emergence of PPP’s politics in Lyari, its residents had selected Mir Mastoong Bizenjo as their leader, said, Wahid.

In 1967, Zulfiqar Ali Bhutto entered the politics of Lyari where the Baloch Student Organisation was already active.

“Bhutto was successful in Lyari because National Awami Party (NAP) had failed to deliver in Lyari although NAP was able to form government in two provinces of Pakistan,” said Wahid.

Being defensive on the policies of PPP, Taj Haider said, the political party was able to gather people of Lyari on a platform because it always talked about the masses.

Separating the PPP from the issue of weapons in Lyari, Haider said that PPP terminated the then home minister, Zulfiqar Mirza, who issued orders to provide weapons to ‘a group of people’ to save themselves from the ‘goons in the area’.

“First the weapons were provided by Mirza and then we had to save ourselves from the ‘armed groups’,” said Abdullah who belonged to Kachi community. Abdullah said that one group was above law as Lyari had no-go areas while Kachi Rabta Committee (KRC) which had more than 300 jamaats was labeled as a militant organisation.

“That was the time we had to protect ourselves not only from goons but also gangsters,” said Abdullah.

The panelists elaborated that the past did not forecast the future of politics in Lyari.

“Lyari gave its heart to Bhutto and became his lover. However, the PPP never treated it like a true lover in the past 47 years,” said Wusatullah Khan to Haider on a lighter note.