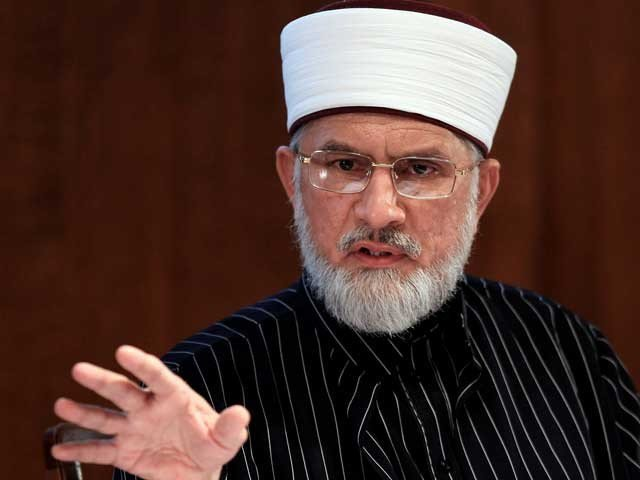 Pakistan Awami Tehreek (PAT) Chairman Dr Tahirul Qadri on Saturday announced his retirement from politics and chairmanship of the party.

He added that as the leader of Minhajul Quran, he will continue to guide the nation ideologically.

I am separating myself from the political activities of Pakistan Awami Tehreek. I am announcing my retirement. This decision comes as a result of my health issues and profound academic commitments.@PATofficialPK

He also noted that his sons will not be taking his place, but he is handing his powers over to the party’s supreme council.

Referring to the Model Town tragedy, Qadri vowed to continue his struggle for justice, adding that “it is part of our faith to demand justice until it is served”.

He said Prime Minister Imran Khan must honour all the promises he made before his government came into power – including justice for the victims of the tragedy.

“I pray that Pakistan Tehreek-e-Insaf fulfils its promises and delivers to the people all that it has promised in its manifesto to bring change in Pakistan,” he said.

Qadri also mentioned that PAT’s decision-making body will continue to operate independently in accordance with the rules of the Election Commission of Pakistan (ECP).

We will continue our fight in pursuit of seeking justice for #ModelTownMassacre. It is due on us and is part of our faith to demand until the justice is served.

On June 17, 2014, Punjab Police launched a crackdown to remove barriers erected outside the residence of the PAT chief Dr Tahirul Qadri.

The subsequent clash between Police and the PAT workers resulted in the death of 14 workers of the party.

Earlier today, a PTI lawmaker submitted a resolution in the Punjab Assembly, demanding that the government provide justice to the families whose members were slain in the Model Town massacre.

MPA Musarat Jamshaid Cheema submitted that the alleged culprits of the Model Town massacre were moving freely and there was nobody to hold them accountable.

She found it astonishing that the law had failed to bring the culprits to justice, despite the report of Justice Ali Baqar Najafi being made public.

Will not allow Sindh to be divided: Farogh Naseem