A dozen of stone crushi­ng plants instal­led on both sides of the Lora-Abbott­abad Road are not only destro­ying the green...
Published: June 11, 2010
Tweet Email 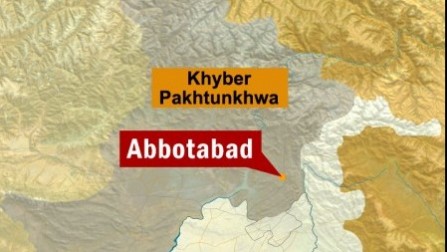 ABBOTABAD: A dozen of stone crushing plants installed on both sides of the Lora-Abbottabad Road are not only destroying the green belt but also spawning diseases by polluting the drinking water there.

The lush green hills full of natural resources have been disfigured and decimated as trees no more exist on both sides of the road. Stone-crushers were installed over a stretch of three kilometres, which have destroyed the landscape, the natural geographical formations, archaeological features and native plant communities.

An industrial atmosphere has been created in an otherwise pristine environment by the noise of motors and machinery, dynamite-blasting, heavy truck traffic, workers camps and polluted streams. Even the spring water commonly known as ‘Ab-e-shifa’ has not been spared.

People of the area complain that they cannot sleep either at night or in daytime because of the noise of machines and regular blasting by stone-crushers.

Environmentalist Mehmood  Aslam laments the installation of crushing units in the hilly area of  Abbottabad and  claims that they will mar the beauty of the area.

The Canada-based Pakistani expert said that they have already knocked down several mature trees in the area, violating the section 12 of the Environmental Protection Act 1997. Regrettably, the old pine and other trees are being cut or destroyed otherwise, threatening the environment.

Yasir Akhtar, a social worker who lives in nearby village told this correspondent that on the one hand the government boasts that it would protect the environment and on the other hand it allows these cruel activities right on the road in the green hills. He added that trees – the ‘lungs’ of the earth – are important for the restoration of the ecosystem.

People of the area have demanded that the authorities take steps to conserve the natural resources for the benefit of the people. The stone crushing should immediately be stopped to safeguard the green belt and health of the villagers.