WHO team kicks off HIV outbreak probe in Larkana

WHO team kicks off HIV outbreak probe in Larkana 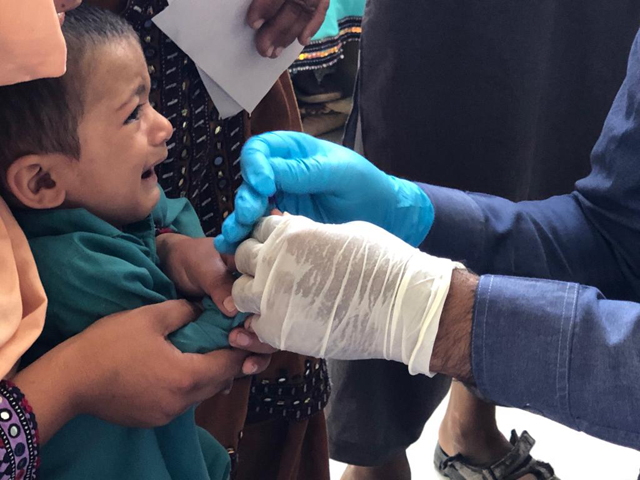 Nearly 700 people, including children, diagnosed with the virus in past few weeks. PHOTO: EXPRESS/FILE

ISLAMABAD: In the wake of an HIV outbreak with more than 700 cases of HIV positive patients in Sindh’s Larkana district, an international team of experts from the World Health Organisation (WHO) on Saturday began investigating the sudden spread of the disease.

The team, which arrived in the country on Tuesday, will try to ascertain the source of the outbreak and control it, as well as provide its expertise in the areas of HIV testing, paediatric HIV treatment and family counselling.

Director General Health Sindh Masood Solangi said nearly 700 people have been diagnosed with HIV virus, including 576 children aged from neonatal to five years old, in the past few weeks in Larkana’s Ratodero town.

He added that nearly 25,000 people had been tested for HIV since late April.

Earlier this week, Special Assistant to the Prime Minister on National Health Services Dr Zafar Mirza said the recent spread of HIV among children was either caused by unsafe injections or there is another reason that the authorities have been unable to determine so far.

The outbreak has stirred panic among residents of the area. Panicked parents were rushing to local health facilities to have their children tested for the virus.

Authorities were also cracking down on unqualified doctors as well as illegal blood banks and laboratories said to be involved in spreading the disease, and arrested at least 17 quack doctors and shuttered more than 70 clinics in Larkana.

The silent spread of HIV

The provincial government has launched a number of HIV control and awareness programs with the aim of raising awareness among families about HIV and its treatment.

Medics long considered Pakistan a country of low HIV prevalence, but the disease is expanding at an alarming rate with about 20,000 new HIV cases reported in 2017 alone, according to the United Nations.