The Three Lions open their Euro 2020 qualif­ying campai­gn at home to the Czech Republ­ic on Friday­
By AFP
Published: March 20, 2019
Tweet Email 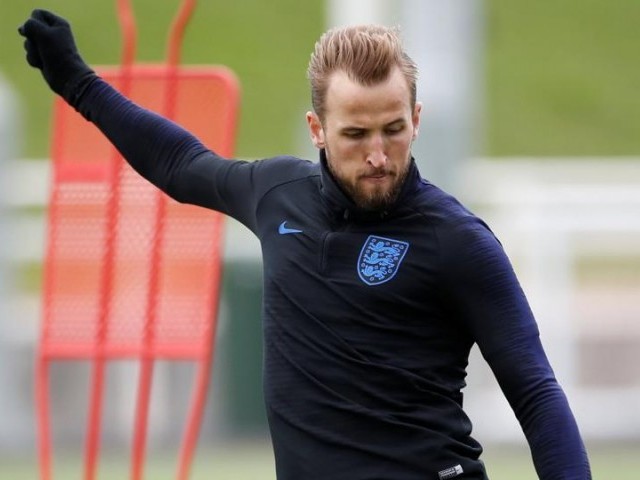 Despite Tottenham's faltering form of late, Kane has scored four times in five games since returning from a five-week injury layoff due to ankle ligament damage. PHOTO: AFP

BURTON-ON-TRENT: England should embrace their new-found status as one of the favourites for a major tournament, believes captain Harry Kane.

The Three Lions open their Euro 2020 qualifying campaign at home to the Czech Republic on Friday fresh from a run to the last four of the World Cup last summer and with another semi-final to come in the Nations League in June.

“I think we feel that expectation where people now expect us to do well and I think before the World Cup there was no expectation. It is great that we have turned that around,” said Kane on Tuesday.

“I think we’ve handled it really well since the World Cup. I think we’re the only team who got into the semi-finals at the World Cup to have got through their Nations League groups, and we had probably one of the hardest groups.

“I think that was big for us, to prove to everyone that it wasn’t just a one-off. That this team we are really building for something special in the future.”

England’s chances of winning a major tournament for the first time since 1966 next year will also be boosted by having the majority of their games at Wembley.

Both semi-finals and final will be held at the home of English football, as well as at least two of England’s group games should they qualify.

“We know the chance to play a Euros where most of the games are at home is an amazing opportunity and you don’t often get that in your career so we will try and make the most of it,” added Kane.

Despite Tottenham’s faltering form of late, Kane has scored four times in five games since returning from a five-week injury layoff due to ankle ligament damage.

Ozil slammed for reportedly inviting Erdogan to his wedding

And the World Cup Golden Boot winner thinks he is “in the zone” in front of goal ahead of a massive three months for club and country with Spurs set to face Manchester City in the Champions League quarter-finals and in a battle for a top-four Premier League finish.

“I never want to be injured, but I had that break while I was injured and I’ve used that to make sure I’m fresh now,” he added.

“I feel in that zone, where if I get a chance, I’m going to put it away. You go through spells like that during the season.

“Since I came back from injury, I feel like I’m sharp with a lot of energy, and that’s when I feel I’m at my best.”

Kane’s latest goal in a 2-1 defeat at Southampton was the 200th of his career, but at just 25, he hopes he can follow the example of Cristiano Ronaldo and Lionel Messi by maturing into an even more prolific goalscorer late into his twenties.

“Nowadays with everything, sports science, I feel the prime can be a bit later.

“Maybe 28 to 30, that’s maybe when you’re going to be in your prime. If you keep yourself in shape — Ronaldo and Messi have proven that. I’ve still got a little bit to go.”

How does Euro 2020 qualifying work?