Sonya Hussyn, Ahsan Khan: The stars who never end up together

Actors talk about their onscreen chemistry and upcoming projects

Based on Khadija Mastoor’s 1962 homonymous novel, Ahsan Khan and Sonya Hussain's period drama Aangan made waves in the industry before it even aired. Five episodes in and the story of Subhan (Ahsan) and Salma (Sonya) has had several twists and turns to keep the audience hooked.

Speaking with The Express Tribune, the two actors discuss their journey and what went behind making this larger-than-life play come to life. Aangan tells the story of a dysfunctional family, spanning across multiple decades before and after Partition. Despite Amma jaan's (Zaib Rehman) dictatorial control over the household, her daughter Salma falls in love with their domestic helper Subhan, and eventually elopes with him. The latest developments see Salma die of Tuberculosis after giving birth to their son, Safdar (also played by Ahsan). 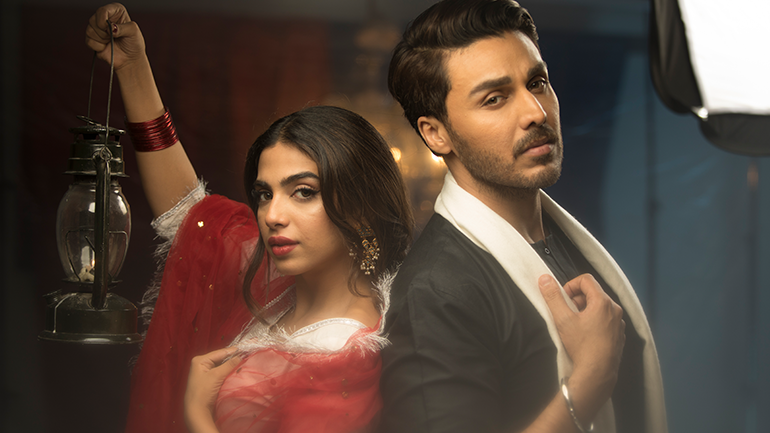 
The hype for Aangan wasn’t only because of the extensive budget and promotions, but also the ensemble cast it has gathered under one show. “All actors who are part of this play have their own strengths, be it Mawra Hocane, Sajal Aly, Ahad Raza Mir, or anyone else. And each one has multiple projects to choose from but all of us came together for this one,” said the Udaari star. “Each of us have a prominent place in the show. It not only works for the play itself, but also our audience. This way, all our fans come together to watch this show and that puts more eyes on all of us collectively."

Aangan's grand scale, setting and story meant the cast felt the electric vibes during the making as well. “You walk onto the set one day and you realise what kind of a show it’s going to be,” said Sonya. Ahsan, on the other hand, believed there’s bound to be some good and some bad days at work. He hoped Aangan would raise the bar in the local TV industry. But the best part for him was that the show was based on the novel which a lot of our new generation hasn’t read and therefore, the TV adaptation served to open new doors for them. 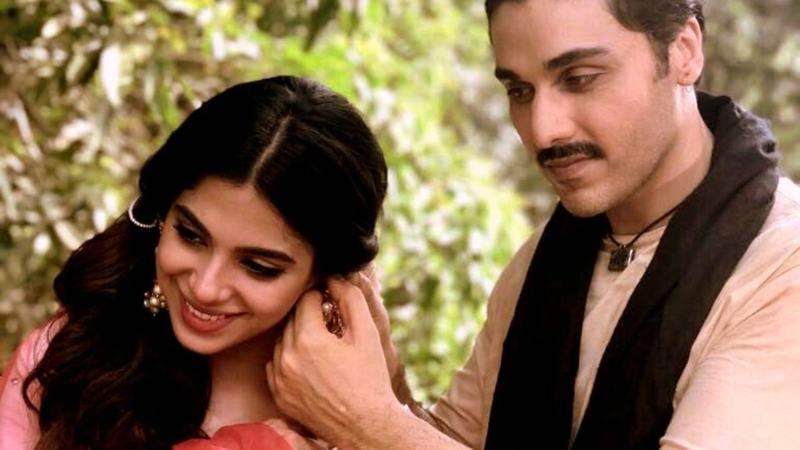 
The Chupan Chupai star said he also found himself surprised that Aangan was written in 1962. “It was considered a very bold play and someone told me that was why nobody opted to make it back then.”

Sonya heavily praised director Muhammad Ehteshamuddin and credited him for the vision. “At the end of the day, it’s all about having a good director, I believe. Be it film or drama, if a director can’t run with it; get the team involved and manage it wisely, it doesn’t work. Aangan is different because of Ehetesham. We just do our job and work on our characters, but it’s how the director portrays us is what matters.”

The Azaadi actor further shared that it's because of Ahsan that she chose to work in Aangan as he is the one who approached her for the role. Ahsan and Ehtesham were two major factors, beside the script because “they can support and enhance your work.” She added that it wasn't just her character Salma that was powerful, it was the whole script.  “I think of my role as an extended special appearance but people consider me as one of the leads. That’s because despite having limited scenes, Salma’s character is the one that drives the whole story. There was so much variation and so much to play around with.” 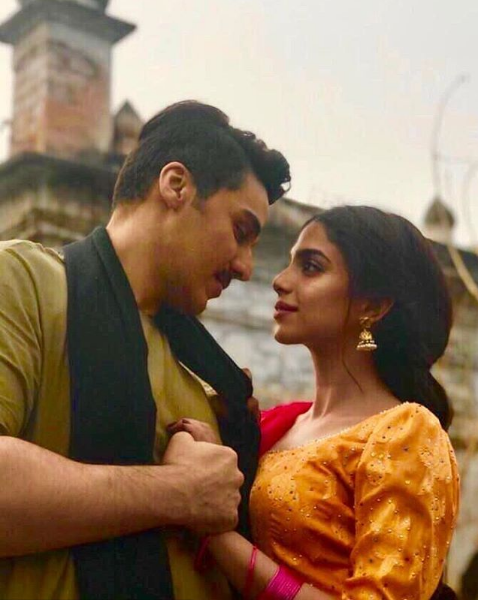 
For Sonya, the best part about her character was that she had multiple aspects to her personality which come out in her relationships with everyone around her. “Salma has so many shades of love, being a daughter, a partner, and a sibling. Even in our regular lives, we don’t have just one side as a person. We behave differently with everyone; we showcase a different personality in front of our parents, we have different dynamics with our boyfriend or girlfriend."

Contrarily, Ahsan starts off the show as Subhan who, he says, is a little desi, a little educated, and different from others; even in appearance. “He’s a little scared too because he is in love with the daughter of a family which provides his livelihood. Sure, he’s always liked her but he never thought it’d become a reality and they’d get married. But when Salma shows no restraint about their social dynamics, he accepts it because he loves her.” 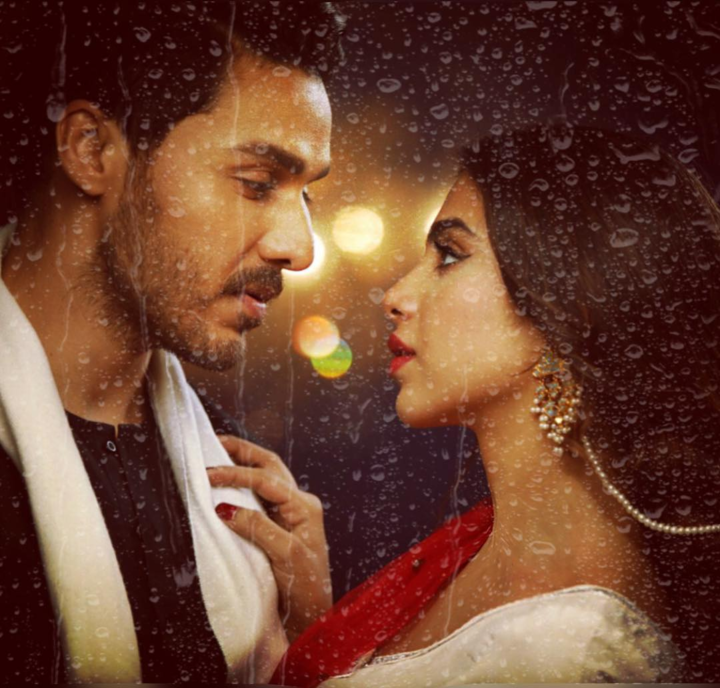 
While the Dastaan actor explored the town-boy side as Subhan, he sees different emotions as Safdar, who is brought up at his uncle’s (Omair Rana) place. On one hand, he is taunted by his bitter aunt (Madiha Rizvi) and raised in an oppressed environment, on the other, he gets involved in a love angle with his uncle’s daughters.

“Every character has their own psyche and a history which made them the way they are. Of course, Subhan and Safdar’s different upbringing matters and plays a lot into how the characters are portrayed. The way they look, walk, and behave, it’s different from each other and their surroundings also definitely affect their speech and actions,” Ahsan explained.

Surprisingly, juggling two different characters was not that difficult for the star. “There is a switch and once I have imagined what my character is, I can easily switch to that personality,” he said. “This is how it works for me. Once I know who he is, I can switch in and out of it.” 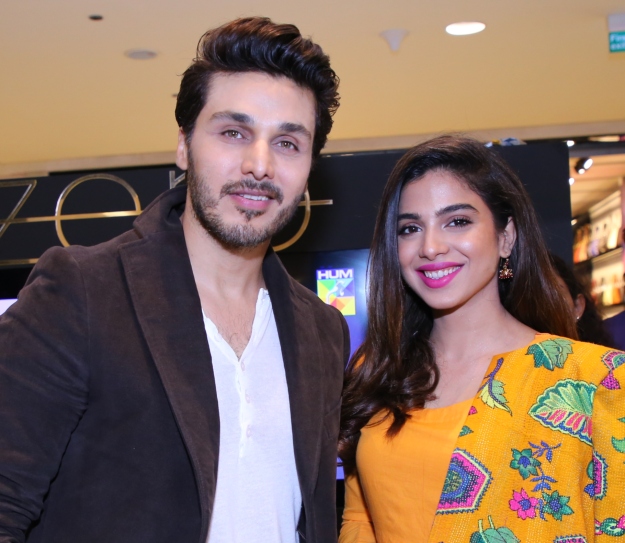 
Ahsan and Sonya have worked together on two different serials (Marasim and Hasil) previously, but not as a lead couple. However, both agreed that it didn’t take a lot for them to develop the chemistry for Aangan, and that it came naturally.

“In one serial, you were with Urwa, and in the other, with Mawra. And in both, my character was in love with you but we couldn’t be together,” Sonya said to Ahsan. Funnily enough, in Aangan, when the two finally elope and get married, Sonya's character dies anyway.

Regardless, the grandeur of the project perhaps, made it more than worth everything. Ahsan considered Aangan “a change of pace” with the whole period play feel of the set, props and costumes because “we usually have drawing-room dramas.” The Nikah star agreed that it felt more like a film and both credited cinematographer Khizer Idrees for it. 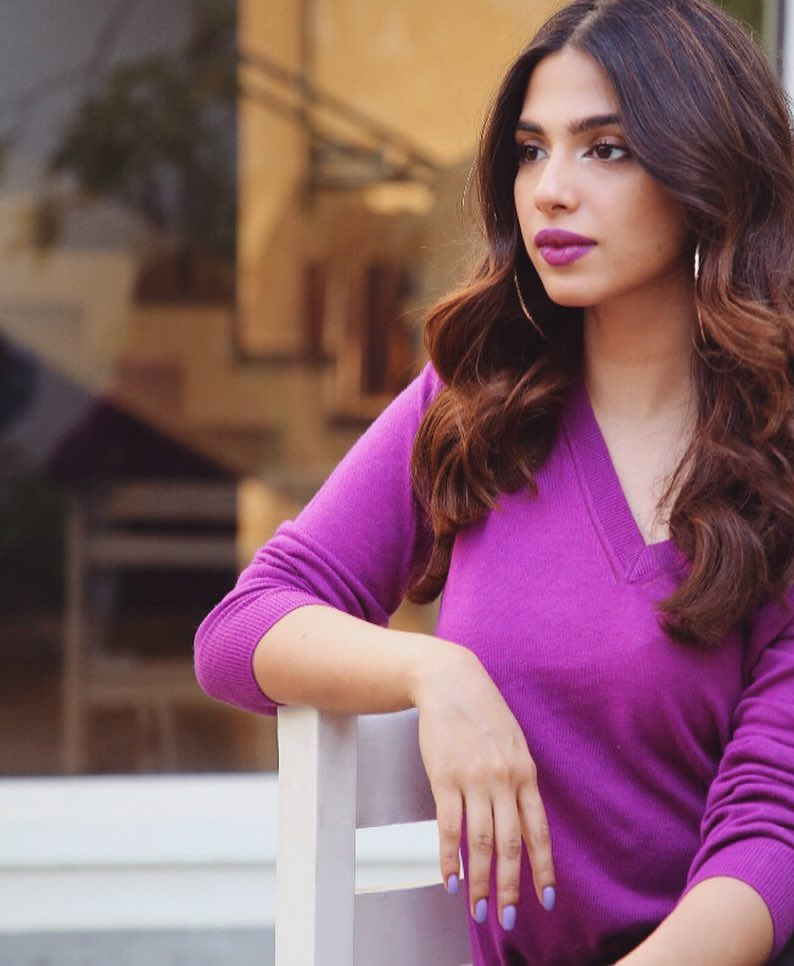 
On the unusual period-appropriate glamorous costumes transporting one to that era, Sonya said the whole makeover had a different appeal from playing a regular city girl like in most contemporary plays. “Salma’s costumes were more of a diva’s – everything from her bangles to her hair. I feel the kind of attire you wear also changes your whole body language. So the right attire for a character is important. It makes your job as an actor that much easier.”

Although the show has quickly gained popularity, there is still a huge part of the audience that’s been lost because the show. Unlike other local shows, Aangan isn’t available on YouTube. The online video streaming service serves as a huge, monetised platform for Pakistani TV dramas and attracts a large fan base which rely on it rather than television. Amid all this, speculations arose that a possible Netflix release was the reason behind withholding Aangan’s online availability. Ahsan said they were just actors and didn’t make these decisions, but assured that the producers must have a plan for withholding the YouTube release. “We are not sure about Netflix nor do we want to announce anything. I’m sure they will announce whatever the plans are real soon.”

Regardless, Sonya said that the positive word has spread so much already that they were garnering interest from Netflix productions. Whether she was working on one currently, she kept mum about.

4 stars that prove neon green is the new black

Happy birthday Sajal Aly: 3 of her characters that stayed with us