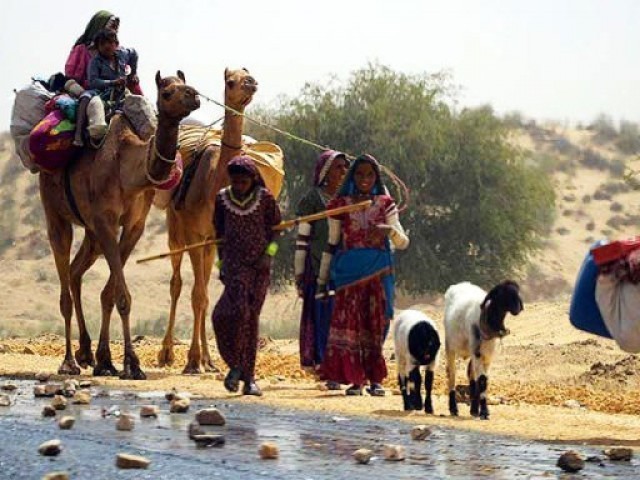 HYDERABAD: With the aim of addressing the problem of migration of Tharparkar’s food and water starved people and their livestock, the Thar Fodder Distribution (TFD) Project will supply free fodder to 20,000 households breeding livestock. Sindh Engro Coal Mining Company (SECMC) Spokesperson Mohsin Babbur informed that SECMC’s welfare arm Thar Foundation and Sindh Livestock and Fisheries Department, which will jointly execute the project, signed a memorandum of understanding in Tharparkar on Sunday.

According to him, four union councils of Tharparkar have been selected but the pilot project will be extended to other areas of the district, which has an estimated livestock population of 7.5 million, at a later stage. According to the agreement, the Thar Foundation will conduct an android application based empirical survey to determine eligible households.

The list of beneficiaries and the distribution points will be uploaded on the websites of the department and the foundation besides being displayed in the concerned villages. “Livestock is the primary income earning source of Tharparkar’s people and the Sindh government aims to support livestock owning households through the TFD project,” said Livestock Secretary Kazi Aijaz Mahesar while speaking at the ceremony.

Naseer Memon of Thar Foundation said that they recently distributed fodder among 1,600 households affected by drought.

“Thar Foundation will ensure a fair and transparent system of equitable fodder distribution and the government and civil society will be an active part of the supervisory and advocacy mechanism to ensure overall objective.”