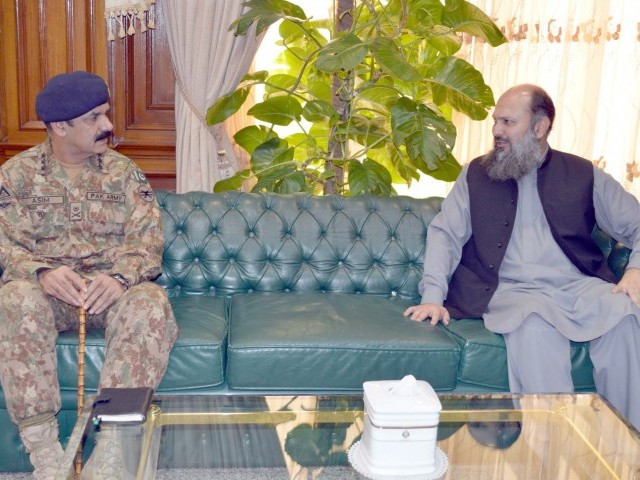 QUETTA: New Balochistan Chief Minister Jam Kamal Khan has vowed to implement good governance in the province, directing all departments to pull their socks up.
“Good governance, implementation of rules and regulations and maintaining law and order will be the top priorities of the provincial government,” said the chief minister while chairing a meeting at the CM Secretariat on Monday.

The meeting was attended by Balochistan Chief Secretary Akhtar Nazeer, Additional Chief Secretary for Planning and Development (P&D) Hafiz Abdul Basit and others.
The chief secretary briefed Kamal regarding the ongoing development projects, available resources and financial issues of the province.
Directing departmental authorities to be honest in their affairs, the provincial chief said, “We all have to strive together to shore up the ailing economy of the province.

“The new provincial government will focus on maintaining law and order to protect the properties and lives of the masses.”
The CM directed the P&D, finance and other provincial departments to prepare a financial briefing for the next session, announcing that he would personally monitor the departmental affairs.
Separately, Chief Minister Kamal met Commander Southern Command Lieutenant General Asim Saleem Bajwa and discussed the law and order situation and other security issues.

Kamal lauded the Pakistan Army’s assistance in conducting peaceful general elections in Balochistan.
Congratulating Kamal on being elected as the new chief minister of Balochistan, Lieutenant General Bajwa assured him that the army would fully support the government.