Genera­l Secret­ary Kakar says sun of July 26 will rise with victor­y of BAP
By Our Correspondent
Published: July 23, 2018
Tweet Email 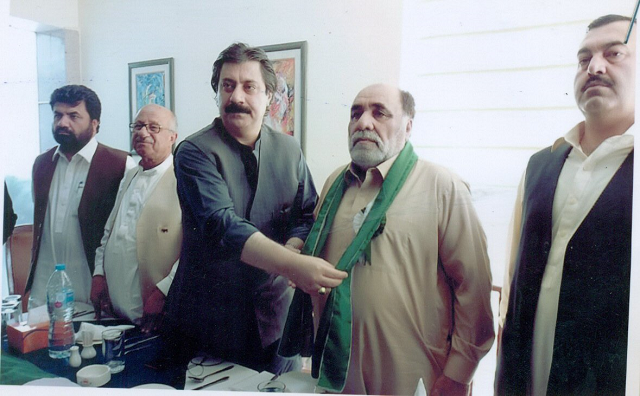 QUETTA: The growing popularity of the Balochistan Awami Party (BAP) is evident from the huge number of people joining the party, the general secretary says.

“Those who remained in power for five decades have started terming BAP as ‘the party of establishment’, while in fact they themselves are the ones who remained a part of the establishment during their respective tenures,” said Manzoor Kakar while addressing a press conference on Sunday.

During the news conference, Alockzai Qaumi Ittehad (AQI) withdrew its candidate in favour of BAP candidate Wali Mohammad Norzai.
The BAP general secretary said, “On July 25, people will cast their vote in favour of BAP and the sun of July 26 will rise with the victory of BAP.”

On development projects, he said, “We have planned effective schemes for the development of the province. We desire to bring development in the province and to prevent all discriminations.”
He said the party has visionary and well-educated leadership. “Our manifesto has now reached everyone in which every aspect of life has been given importance,” he added.

AQI Chairman Mohammad Khan Akozai said, “In the past the candidates from other parts of the province were imposed on the people.”