Says outsid­ers will not be allowe­d to impose their decisi­ons
By Mohammad Zafar
Published: June 5, 2018
Tweet Email 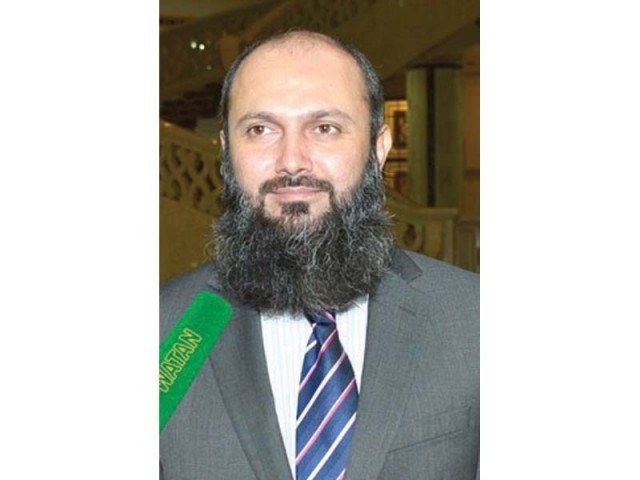 QUETTA: A day after the Pakistan Tehreek-e-Insaf (PTI) leaders fired a broadside at the Balochistan Awami Party (BAP), the latter’s leadership has refuted all criticism, saying the national and religious political parties did nothing for the development of the deprived province.
On Sunday, PTI Provincial President Yar Muhammad Rind had said that the BAP had no political future in the province and no welfare plan for its people.

“BAP’s emergence has sent a clear message to all parties that no one can impose their decisions on Balochistan by sitting in Jati Umra, Larkana and Islamabad,” said BAP Central President Jam Kamal while addressing a press conference on Monday.
Before the presser, PTI Senior Vice President Noor Muhammad Dummar, former provincial minister Haji Muhammad Khan Turutmankhel and former MNA Mir Israr Tareen along with their supports joined BAP.
The BAP president said, “We are capable of making our own decisions.”
“BAP will emerge as a major force after the general elections because people in huge numbers have been joining our party,” said the BAP president, Manzoor Kakar, Saeed Ahmed Hashmi and others.

The BAP leadership held national and religious political parties responsible for deliberately keeping the people of Balochistan deprived of all basic facilities and said for 70 years these parties did not make serious efforts to obtain Balochistan’s rights instead they strived for their personal interests.
“Despite spending billions of rupees in Balochistan, still our province depicts a dilapidated image, and our people are still living without basic facilities, including healthcare and education,” they added.

BAP central leader Saeed Ahmed Hashmi said, “We are democratic people and formed this new political party to promote peace among all the people living in Balochistan.
“BAP is a platform for all people living here and we cannot tolerate ethnic hatred in Balochistan. Before us, many parties pledged to bring change in Balochistan, but still there is nothing,” said Hashmi.
BAP Secretary General Manzoor Khan Kakar said, “We are still dependent on the structure built by the British government during their rule before 1947. The national and religious parties have failed in addressing Balochistan’s plight.
“After today’s inclusion, BAP has clinched new strength in Pashtun areas of the province and our vision is to bring development and prosperity across Balochistan.”