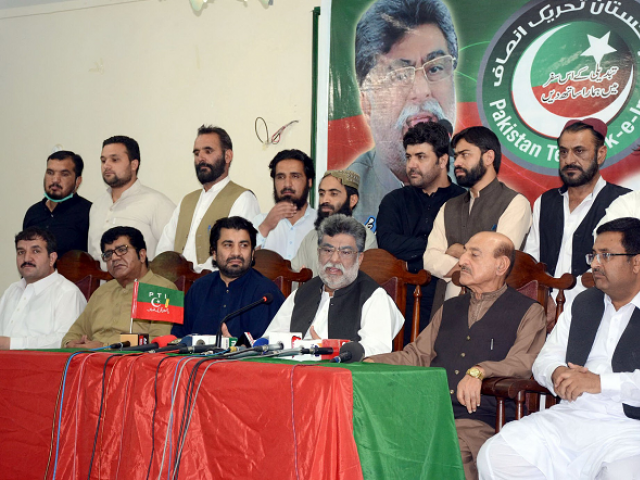 “BAP also has no plan for the welfare of the people of the province,” said the PTI provincial president while addressing a news conference in Quetta on Sunday.

Before the conference, former provincial sports minister Sahnawaz Marri along with his supporters had joined PTI.

Applauding Marri’s career during former chief minister Nawab Aslam Raisani’s tenure, Rind said, “People like Marri are needed in PTI as politicians, who believe in serving the people, will always be welcomed.”

Rind said, “Unfortunately, some of our workers have joined BAP which has no political vision and people without political seriousness, who always compromise for personal interests, are joining BAP.”

On upcoming general election, Rind said, “After July 25, PTI will emerge as a new political force in the country and we will form the governments in the Centre as well as in Balochistan.

“Talks with other political parties are under way on seat-to-seat adjustment for the elections and we can make alliance with other parties as well.”
On PTI chief Imran Khan’s allegations of rigging in previous elections, Rind said, “For 22 years, Imran has been striving for free and fair electoral system in Pakistan, but the PML-N rigged the previous elections by planting their own district returning officers.

“Nawaz Sharif and company have turned into a mafia and now they are compromising country’s sovereignty by challenging the army, judiciary and other institutions.”

He said, “Politics in Balochistan has reached a sensitive stage. We have to be even more cautious regarding Balochistan as it cannot face further isolation by the Centre.”

He announced that the parliamentary board session of PTI would be held on June 4 (today) in which tickets would be issued to candidates.
“After the session, PTI will unveil its next five-year plan for Balochistan,” he added.