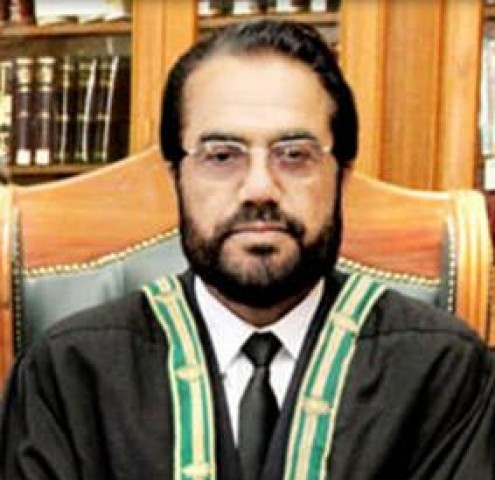 As judiciary is providing equal justice to all people, other institutions should also fulfil their responsibilities, BHC CJ says. Courtesy: bhc.gov.pk

QUETTA: Balochistan High Court (BHC) Chief Justice Muhammad Noor Meskanzai on Friday said each individual has to play his role for the betterment of society.
He expressed these views while addressing a function held after laying the foundation stone of a judicial complex building in Dawoodabad, Dalbandin.

Justice Muhammad Hashim Kakar and Chagai Bar Association President Shakoor Badini Advocate also addressed the occasion.
CJ Meskanzai said, “As the judiciary is providing equal justice to all people, rest of the institutions should also fulfil their responsibilities.”
Meskanzai said that no society can be developed without “justice, equity and equality”.

“Judiciary is making all-out efforts to provide legal court services to the people of far-flung areas at their doorstep,” he said, approving all demands of the Chagai Bar Association and the positioning of several judges in Dalbandin and Taftan.

He said provision of basic life facilities to the masses, including standard education and health, “is government’s top priority”, while encouraging a common educated man to play his role in this regard and cooperate with the government.

He said that judiciary does not aim to delay the court cases and waste complainants time, asking complainants to urge their lawyers to proceed their cases in the given time period.

Justice Hashim Kakar and other officials gifted cash to the degree college students for a study tour.