The 17-year-old was drivin­g on Sea View when he ran over two Ranger­s' person­nel
By Our Correspondent
Published: August 10, 2018
Tweet Email 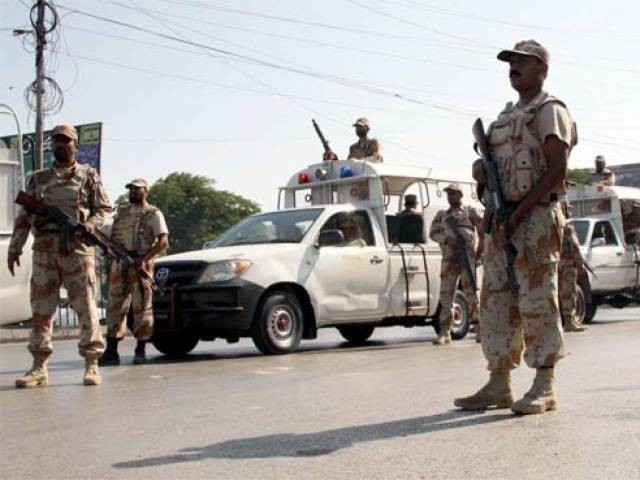 KARACHI: The 17-year-old youth, who stands accused causing the death of a Rangers personnel in a car accident, was presented in court on Thursday. The judicial magistrate of District South gave the suspect to police custody for a day.

According to the investigation officer, Saahil Police officials had arrested the suspect, Syed Asad, on August 7 after he ran over two Rangers personnel on a motorcycle. One of the personnel later succumbed to his injuries. There were three other women present in the car at the time of the accident.

The suspect, police officials told the court, has been arrested for negligent driving and murder. In a written statement submitted to the court, police said that a Rangers official named Asghar had died after succumbing to his injuries during treatment at the PNS Shifa Hospital.

On the other hand, the suspect’s counsel, Naheed Afzal, opposed the suspect’s physical remand, saying that the minor did not unintentionally hit the motorcycle and that it was an accident. “My client has been kept at the police station for the last three days,” he said. “The police have not cited any special ground to seek his remand.”

The state prosecutor argued that the suspect was accompanied by three girls at the time of the accident and that he was driving at a high speed as part of a stunt. “Who were the three girls? They are the eye witnesses to this case,” he said. “Written statement of the other passengers is needed after identification by the suspect. The remand would allow us to determine the facts. It must be established where the girls were heading to? The car is registered in the name of Farrukh Mateen, who is the suspect’s father and a builder. He will also be arrested,” he said in his arguments before the court.

After hearing arguments from both the sides, the court allowed for a one-day physical remand against the two-week remand sought by the police. The court also ordered the police to submit an investigation report.

As per the prosecution, Rangers official Abdul Raheem registered an FIR on August 7 at the Saahil Police Station, according to which, Rangers officials Asghar Ali and Khizar Hayat were patrolling around the Sea View when they were hit by a speeding Toyota Vigo. The driver was reportedly driving recklessly. After the case was registered, the police arrested the suspect.